Lettice Knollys was born on 6 November 1543 (the Tuesday after All Hallows). Her birth was recorded by her father as follows: "Lettyce Knollys was borne, anno domini, 1543. ye tewsdaye present aftr all halou daye."[1] (The Oxford Dictionary of National Biography gives the day as 8 November, but All Hallows in 1543 was a Thursday, meaning that the Tuesday after was the 6th.) She was the daughter of Francis Knollys and Catherine Carey and her birth place was Rotherfield Greys, near Henley-on-Thames, Oxfordshire.[2]

Lettice's father was a protestant, and he went into exile in Frankfurt during the reign of Mary I.[3] It is not certain whether he took Lettice with him, or whether she stayed at Hatfield House with the future Elizabeth I.[2] In 1559, after Elizabeth's accession to the throne, Lettice became a gentlewoman of the Queen's privy chamber.[2]

In 1560 Lettice married Walter Devereux, then Viscount Hereford, who was to be made Earl of Essex in 1572.[2] They had five children:[2]

In 1561 Lettice ceased to be paid for her services as one of Elizabeth I's gentlewomen. This is likely to be because she was largely residing away from court, at her husband's home at Chartley, Staffordshire.[2] In 1565 the Spanish ambassador reported that Robert Dudley was wooing her: this may have been just an unfounded rumour - Lettice was heavily pregnant at the time.[2] In 1575 the Spanish agent in England reported stories that Lettice had borne Robert Dudley two sons while her husband was in Ireland.[2] Robert Dudley had been having an affair with Douglas Sheffield, by whom he had a son in 1574.[7] Whatever the facts of relationship between Lettice and Robert Dudley in the first half of the 1570s, in 1573 Dudley sent her a gift of deer and the next year Lettice and her sister Anne spent time hunting at Leicester's home at Kenilworth Castle, Warwickshire; in 1575 Lettice was at Kenilworth Castle when Robert Dudley hosted Elizabeth I; and in 1576 Lettice again hunted there.[2]

Walter Devereux died in Dublin on 22 September 1576. His will made little mention of Lettice, possibly implying that they were not on good terms, and she was left with only a small jointure, which was increased in 1577/78 after she wrote a series of letters.[2] There were rumours that Robert Dudley and Lettice plotted to have Walter Devereux poisoned, and there is a record of gossip about this in 1584.[8] The cause of death was, though, probably dysentery.[2]

On 21 September 1578 Lettice married Robert Dudley at Wanstead, Essex. The witnesses included her father and her brother Robert, which suggests that her family approved.[7] There is no evidence to support stories that Lettice was pregnant at the time, or that there had been a previous clandestine marriage ceremony.[2] The marriage appears to have been one of the factors which led Robert Dudley to incur royal displeasure at the end of 1579.[7]

Lettice and Robert had one son:

Because of the Queen's personal interest in Robert Dudley, Lettice appears to have conducted herself discreetly. For several years she continued to style herself Countess of Essex, using the title she had acquired when her first husband was made an Earl. But by 1584 she had taken up residence at Leicester House, London. That year there were stories about Lettice and her husband wanting to arrange a marriage of their son to Arabella Stuart but this - like so much else about Lettice - may just have been unfounded rumour.[7] In any event their son died on 19 July 1584.[7]

Elizabeth I was again displeased when Lettice and Robert spent time together at Kenilworth in the summer of 1585.[2] That December Robert went to fight in the Netherlands. Gossip that Lettice intended to join him there was almost certainly inaccurate: Robert entrusted her with his estates.[2]

Robert Dudley died at Cornbury House, Oxfordshire on 4 September 1588. He appointed her his executor and made generous provision for her, though much of what she inherited from him went to pay off his debts.[2] Negotiations over the debts took years. State Papers for 1593 show money still owing to the Crown and to Sir Richard Martin.[9] The debt to the Crown was forgiven by James I soon after his accession.[2]

In 1589 Lettice married again, her third husband being Christopher Blount. Yet again, malicious rumours began to circulate - this time that she had poisoned Robert Dudley.[2]

In 1595 Lettice, though still officially a gentlewoman of Elizabeth I's bedchamber, retired to Drayton Bassett, Staffordshire. She was clearly still in royal displeasure: letters to her son Robert Devereux, 2nd Earl of Essex make it clear that she felt she could not return to court unless she had "that favour [from the Queen] without which I live there as you know with greater disgrace."[2]

In 1599 she interceded with Elizabeth I for her son the second Earl of Essex,[2] who had been detained after bursting into the Queen's chamber.[10] She offered a valuable gown as a present, but Elizabeth refused the gift and Lettice's pleas were unsuccessful.[2]

The Earl of Essex's rebellion in 1601 led to the execution of both him and of Lettice's third husband. Lettice appears to have made no attempt to intervene or plead for mercy.[2]

Meanwhile her second husband's son by Douglas Sheffield, Robert Dudley, was alleging that his father had married his mother, rendering Lettice's second marriage bigamous, and threatening her rights to jointure property. Lettice produced 54 witnesses declaring that her second husband had always considered his son Robert illegitimate. The case went to the Court of Star Chamber. Lettice had the support of Robert Cecil, who in 1605 gave the judgement in her favour, stating that he:[2]

"much commended the Countes of Lester, how well she lyved with him [Robert Dudley] all his time notwithstanding all his humours, how for her marriage with him she was long disgraced with the Queene."

Is Lettice your ancestor? Please don't go away!

ask our community of genealogists a question.
Sponsored Search by Ancestry.com
DNA
No known carriers of Lettice's DNA have taken a DNA test. 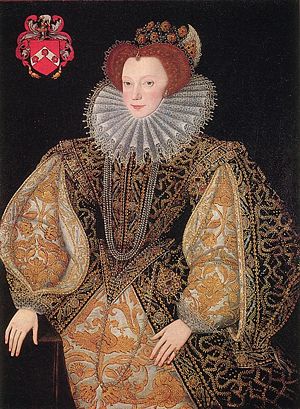 Jo Fitz-Henry
Knollys-172 and Knollys-2 appear to represent the same person because: Duplicate of the wife of the Earl of Essex
posted Jan 05, 2021 by Jo Fitz-Henry

Jo Fitz-Henry
The profile is very light on sources and the text has the air of being lifted from another website, and really needs a good workover.

Lettice seems to be the preferred spelling in her various entries on BHO and in the ODNB preview that I can see (subscription required), with Lettyce as a variant spelling due to the interchangability of i and y.

Michael Cayley
I have now finished the main work I intend on this profile. I have totally replaced copied-and-pasted (and in places inaccurate) text from Tudor Place. If anyone spots any typos etc, please correct them or message me. Thanks.
posted Aug 02, 2020 by Michael Cayley

Jo Fitz-Henry
Thank you Michael for this excellent reworking of this profile.
posted Aug 02, 2020 by Jo Fitz-Henry
Roger Churm
You could be correct but dont forget Lettuce is a shortened version of Letitia I have a Letitia Ingram who was known as Lettuce

posted Jul 30, 2020 by Roger Churm
Lois (Hacker) Tilton
Or you could say that Laetitia is a Latinized version of Lettice.

This date seems rather early for Latinized names.

C. Mackinnon
Still doubt she was ever Laetitia. Can her given name be changed to Lettyce as apparently her father had it?
posted Jul 30, 2020 by C. Mackinnon

C. Mackinnon
Is there a sourced that uses Laetitia?
posted Apr 13, 2018 by C. Mackinnon

C. Mackinnon
No evidence found so far for a daughter, Mary.
posted Mar 04, 2018 by C. Mackinnon