Like other young well born women of her age, Elizabeth's family placed her at the English Court. She was appointed a Gentlewoman to the Privy Chamber of Queen Elizabeth with an annual salary of £33 6s 8d. She remained in this capacity until the Queen's death in 1603. [5]

In 1577, she was the subject of a very fine portrait attributed to the artist George Gower. She was depicted with red/brown curly hair and dressed in a very fashionable hat and gown. Her portrait is part of the collection that can be viewed today in the National Trust Collection at Montacue House in Somerset. [6] Court documents of this time show that she was very interested in beautiful clothes, both giving and receiving them as New Year gifts. At Hampton Court in 1577/78, she is mentioned as receiving, on behalf of the Queen, a gift of 2 peir of swete gloves, with fower dosen buttons of golde, in every one a sede perle from the Lady Mary Gray, and one peir of perfumed gloves, with twenty-four small buttons of golde, in every of them a small diamond, from the Lady Mary Sidney. In the 1578-9 list, she took delivery of a muffler of purple vellat, enbrawdred with Venice and damaske golde and perle from the Countess of Kent. Her own gift to the Queen was described as a fayre cap of black vellat, maybe something similar to the one she so jauntily wore for her portrait. [7]

On 10 May 1578 she married Sir Thomas Leighton of Feckenham, Worcestershire. Their marriage took place at the Chapel Royal with Elizabeth's Godmother, Queen Elizabeth, in attendance.[8] Two weeks prior to their marriage he had been appointed to the Governorship of both Jersey and Guernsey in the Channel Islands, but it appears that Elizabeth preferred life at Court and mostly remained in England. [9] Letters exist in the archive of the British Library, showing that Lady Leighton involved herself in affairs of the administration of Guernsey, maintaining a long correspondence with her husband's deputy Edward Zouche. [10]

When her father died in 1596, Elizabeth was named in her father's will as one of his beneficiaries. Her title Lady Leighton was used. [12]

Elizabeth is mistakenly called Cecilia in some sources. [14] No daughter named Cecilia was listed by Frances Knolly's in his Latin Dictionary. [2] 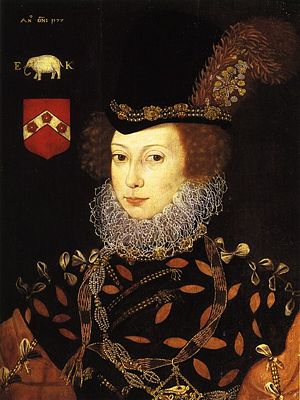 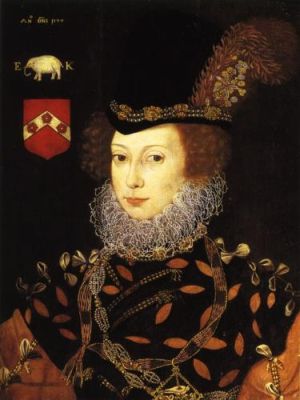 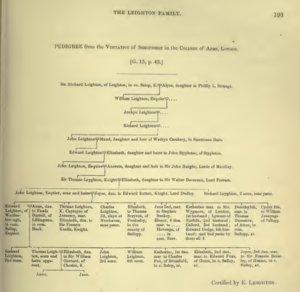