Born Henry Knox in Boston, Massachusetts. The seventh of ten children. Coming from a poor family he worked at many horrible labor positions until eventually he persevered, going on to open a bookstore of his own in Boston.

It was while running this bookstore that he attracted the attention of his bride to be, Lucy Flucker. She was the daughter of the Royal Secretary of Massachusetts. The two were married and when Knox fled Boston to join the Revolution forces, Lucy had his sword sewn into her cape.

While working with the local militia, Knox developed a rampart in Roxbury that attracted the attention of General Washington himself. The general was very impressed with the young Knox and would ask for his assessments on the plans to capture Fort Ticonderoga. Theirs would be a lifelong friendship and would eventually lead to Knox's appointment to Major General. As Secretary of War, Major General Henry Knox was instrumental in the successful siege at Yorktown.

"Revolutionary Summer" by Joseph J Ellis NY 2013 page 33 " Henry Knox whose only experience of war had been acquired through books which he devoured feverishly in his own Boston bookstore. Impressed with Knox's resourcefulness in transporting the British cannons captured at Ticonderoga of forty sleds over ice and snow, the near-impossible logistical feat that had provided the firepower on Dorchester Heights so crucial in forcing the British withdrawal from Boston, Washington appointed Knox head of the artillery regiment in the Continental Army. This book in turn referencing "Henry Knox, Visionary General of the American Revolution" by Mark Puls, NY 2008.

In 1794 after a successful career serving the country, he resigned and turned his interest to that of a gentleman farmer. His wife Lucy had inherited a huge parcel of land in Maine and he threw himself headlong into the task of developing this into a thriving area known as the District of Maine.

During his days of “retirement” in Maine he was engaged in many aspects of the growth of the state. He built a lock and canal system, became involved in land speculation, brick manufacturing and shipbuilding. He commissioned a very large home, as distinguished as that of Monticello or Mount Vernon, to be built on his land in Thomaston, Maine. General Knox and his wife lived and entertained on the estate he named Montpelier.

At the time of his death in 1806, he and his wife had buried ten of their thirteen children, who did not live to adulthood. He is buried in Elm Grove Cemetery in Thomaston, Knox County, Maine, USA. [1]

A replica of the home he had built, Montpelier, stands overlooking the town he helped to prosper.

He is remembered for his immensely successful military career, the contributions he made to the developments of the state of Maine, its economy and the large number of people he employed.

Here is a link to the Montpelier Mansion Museum. If you're ever in Thomaston, Maine this is a must see stop for adults and children alike. 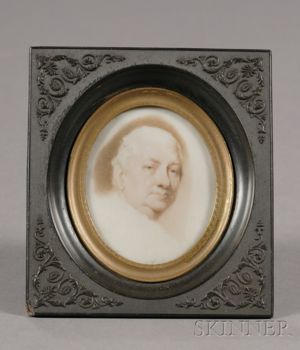 Leave a message for others who see this profile.
There are no comments yet.
Login to post a comment.
Jocelyn Young
I am 15 degrees from Henry Knox.
posted Oct 04, 2020 by Jocelyn Young

Abby (Brown) Glann
Hi there profile managers! We are featuring Henry alongside Alexander Hamilton in the Connection finder on September 30th. Between now and then is a good time to take a look at the sources and biography to see if there are updates and improvements that need made, especially those that will bring it up to WikiTree Style Guide standards.

Matt Pryber
part of the revolutionary war project, If you would like it to be considered part of it the 1776 template can be added to it
posted Sep 17, 2014 by Matt Pryber