He is a German Army general of infantry who served during World War II.

Krebs is a career soldier, serving in the Reichswehr and the Wehrmacht. He serves as the last Chief of Staff of the OKH during the final phase of the war (1 April to 1 May 1945). Krebs tries to open surrender negotiations with the Red Army.

He commits suicide in the Führerbunker during the early hours of May 2, 1945 in Berlin, Nazi Germany

Is Hans your ancestor? Please don't go away!

ask our community of genealogists a question.
Sponsored Search by Ancestry.com
DNA
No known carriers of Hans's ancestors' DNA have taken a DNA test. 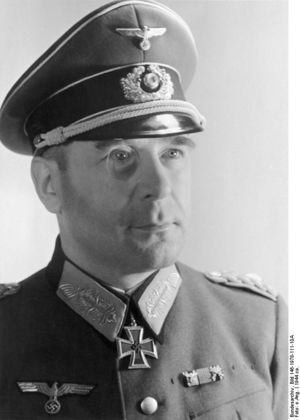