• Anna Maria Christina was born in Niederbronn, then in the Duchy of Zweibrücken in northern Alsace. She reportedly came to Am. in 1738, age 11, with her parents, Johann Jacob KUNTZ and Anna Margaretha PFALZGRAFF, who are said to be French Huguenots. [How come both family names are German -- most Huguenots have French-type names.] Hans Jacob Sr.and Jr. appear in the ship’s listing for the Charming Nancey, Charles Stedman, Commander, from Rotterdam but last from Cowes, England, arriving Philadelphia 9 Sept. 1738, but this listing omits names of women and children. • Christina (“Maria Christina KUHEZIN” in one transcription of a minister’s handwriting) married Philip STAMBACH “in Philadelphia [County]” in March 1745, at age 21. They were married by the famous Rev. Henry Mühlenberg, says Brinker, and the record is in those of Augustus Lutheran Church in the Oley Mts. on the border of present Montgomery and Berks Counties. • Five of their 11 children married BROBSTs. At least 6 of the boys moved to Ohio. • As a widow, she was taxed 1781. Also (per Pennsylvania Archives, Ser. III, Vol. XIX, p 120): in 1785 Widow STAMBACH paid Federal tax on 200 acres, 3 c.; in 1786 Widow STAMBACH paid Federal tax on 150 acres, 1 c.; 1787 taxes Lynn Tp, then still Northampton Co (per PA state printed archives available online at openlibrary.org) the Widow STAMBACH pd 18 shillings on 200 ac, no livestock; her name does not appear on the list in 1788, so she must have died between 1786 and 1788.

"She was one of few survivors of a horrendous voyage from France on the ship "Charming Nancy". Of the 412 passengers on that ship, 250 died, including her mother. The story is written in Annette Burgert's "Eighteenth Century Immigrants from Northern Alsace. She and Philip had two sets of twins. Of French citizenry, one would expect that her name would be Anne Marie Christine, rather than Anna Maria Christina, but the European records clearly show Anna Maria Christina. Some American records show Anna Marie Christine; that combination is most unlikely."

Note that she is shown on WikiTree as wife to two men of the same name - Philip Stambach - but of widely different birth years and birth places.

posted 27 Jan 2013 by Roger Wehr   [thank Roger]
Login to add a memory.
Is Christina your ancestor? Please don't go away!

ask our community of genealogists a question.
Sponsored Search by Ancestry.com
DNA Connections
It may be possible to confirm family relationships with Christina by comparing test results with other carriers of her mitochondrial DNA. However, there are no known mtDNA test-takers in her direct maternal line. It is likely that these autosomal DNA test-takers will share some percentage (beta) of DNA with Christina: 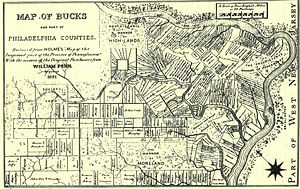