Anna Belle was born in Redell, Louisiana on 22 March, 1920 to Camelia Naquin and Yves LaHaye.[1]

Anna Belle appears in the 1930 census in Mamou, Louisiana with her family.[2]

In 1940, Anna Belle was living in Ville Platte, Louisiana with her sister Vernice and brother-in-law Edison (Bobby) Demourelle.[3]

Anna Belle married Earl O. Walters on 27 October, 1945 at St. Anne's Catholic Church in Mamou, Louisiana[1] after his return from World War II and moved with him to Oregon.

Anna Belle passed away on 13 September, 2016 at her home, Our Lady of Hope Health Center, in Richmond, Virginia. A mass of Christian Burial was celebrated at Saint Michael the Archangel Catholic Church, Glen Allen, Virginia on Tuesday September 20th and she was interred in the Columbarium outside the church.

Is Anna your relative? Please don't go away!

ask our community of genealogists a question.
Sponsored Search by Ancestry.com
DNA Connections
It may be possible to confirm family relationships with Anna by comparing test results with other carriers of her mitochondrial DNA. However, there are no known mtDNA test-takers in her direct maternal line. It is likely that these autosomal DNA test-takers will share DNA with Anna: 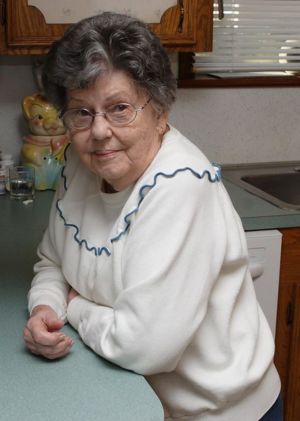 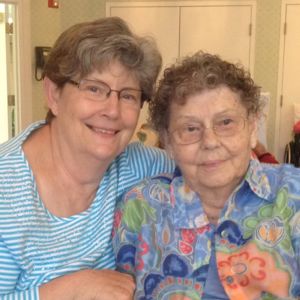 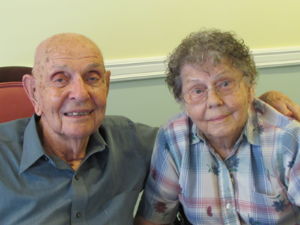 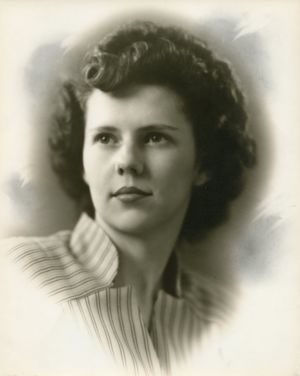 AnnaBelle as a child 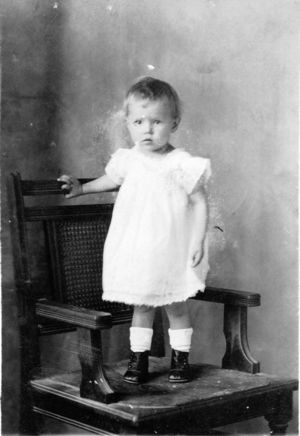 Anna is 25 degrees from Ludwig Kraayenbrink, 19 degrees from Henry VIII of England and 31 degrees from Ferdinand von Zeppelin on our single family tree. Login to find your connection.