Jipson says, "His Winnebago name is Cho-non-ka-honk-ka, meaning 'Bear Clan Chief'." Cho-non-ka-honk-ka is for Conąkehųka, from Co-nąke, an old name for the Bear Clan, literally meaning, "Blue Back"; hųk, "chief"; and -ka, a definite article suffix used in personal names. The name therefore means, "Bear Clan Chief," a name of that clan given to first born males.

The 1900 census records Oliver as having been a widower, so it may be that he married quite young, but his first wife (unknown name) died shortly thereafter. A marriage certificate shows that he married Jessie White (Greenhair) on 26 January 1901, when she was 19 years old. Oliver married his second wife Emma Rave on 2 November 1908. (Marriage Rec.)

Oliver LaMere had the following children with Jessie Greenhair-White:

After the death of Jessie, he married Emma Rave in 1908. They had the following children:

Oliver LaMere was a respected member of the Native American Church, as this newspaper article attests:

Epperson's committee on miscellaneous subjects is pondering
on a proposal to amend the constitution by prohibiting the
sale of peyote. The committee did not know what peyote was
until a delegation of Omaha and Winnebago Indians appeared
to protest against the proposed prohibition. ... Oliver Lamere,
Late Rave and other Win[n]ebago Indians urged the committee
to kill the proposal. ... Some Indians had to voice their opposition
thru an interpreter. (Evening State Journal)

Oliver was born in 1879. He lived in Winnebago nearly all his
life. His Winnebago name is Cho-non-ka-honk-ka, meaning
'Bear Clan Chief.' In 1907 he was employed to secure information
for Dr. Paul Radin of the United States Bureau of Ethnology, a
position which he held for four years. He collected practically
all the information for Dr. Radin’s book on the Winnebagoes,
and during the period accompanied Dr. Radin to New York and
Washington. He is probably the best informed man now living on
the subjects of Winnebago religion, mythology and folk-lore.

Oliver laMere, Angel DeCora's cousin, wrote several books and
articles concerning Winnebago mythology and legends, including
Winnebago Stories published in 1928. His article, "Winnebago
Legends-the Thunder, the Eagle, and War Clans," was published
in The Wisconsin Archaeologist of 1922. During his career he was
an interpreter, a Winnebago tribal councilman, and vice president
of the Grand Council of North American Indians. He was also a
member of the Society of American Indians, as was Angel, and came
to know and admire her in that context. On the occasion of her death
in 1919, he prepared a memorial calendar in her honor.

ask our community of genealogists a question.
Sponsored Search by Ancestry.com
DNA Connections
It may be possible to confirm family relationships with Oliver by comparing test results with other carriers of his Y-chromosome or his mother's mitochondrial DNA. However, there are no known yDNA or mtDNA test-takers in his direct paternal or maternal line. It is likely that these autosomal DNA test-takers will share some percentage of DNA with Oliver: 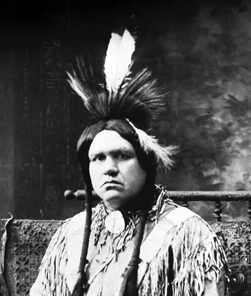 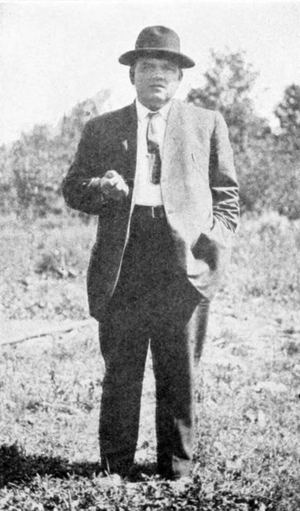 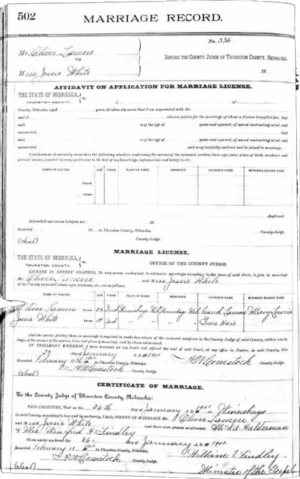