"From his decision to leave school at fifteen to roam the world, to his recollections of life as a hobo on the Southern Pacific Railroad, as a cattle skinner in Texas, as a merchant seaman in Singapore and the West Indies, and as an itinerant bare-knuckled prizefighter across small-town America, here is Louis L'Amour's memoir of his lifelong love affair with learning--from books, from yondering, and from some remarkable men and women--that shaped him as a storyteller and as a man. Like classic L'Amour fiction, Education of a Wandering Man mixes authentic frontier drama--such as the author's desperate efforts to survive a sudden two-day trek across the blazing Mojave desert--with true-life characters like Shanghai waterfront toughs, desert prospectors, and cowboys whom Louis L'Amour met while traveling the globe. At last, in his own words, this is a story of a one-of-a-kind life lived to the fullest . . . a life that inspired the books that will forever enable us to relive our glorious frontier heritage." [1]

"American author... primarily of Western novels (though he called his work 'frontier stories')... also wrote historical fiction (The Walking Drum), science fiction (The Haunted Mesa), nonfiction (Frontier), as well as poetry and short-story collections. Many of his stories were made into movies... Born in Jamestown, North Dakota in 1908, the seventh child of Dr. Louis Charles LaMoore and Emily Dearborn. He was of French ancestry through his father and Irish through his mother. Dr. LaMoore was a large-animal veterinarian, local politician, and farm-equipment broker who had arrived in Dakota Territory in 1882...

After a series of bank failures devastated the economy of the upper Midwest, Dr. LaMoore and Emily took to the road. Removing Louis and his adopted brother John from school, they headed south in the winter of 1923. Over the next seven or eight years, they skinned cattle in west Texas, baled hay in the Pecos Valley of New Mexico, worked in the mines of Arizona, California and Nevada, and in the saw mills and lumber camps of the Pacific Northwest. It was in colorful places like these that Louis met a wide variety of people, upon whom he later modeled the characters in his novels, many of them actual Old West personalities who had survived into the nineteen-twenties and -thirties.... At the time of his death almost all of his 105 existing works (89 novels, 14 short-story collections, and two full-length works of nonfiction) were still in print, and he was considered "one of the world's most popular writers.

He was awarded the Congressional Gold Medal, which was approved in 1982, "To acknowledge his distinguished career as an author and his contributions to the Nation through his historically based works."[2]

L'Amour died from lung cancer on 10 June 1988, at his home in Los Angeles, and was buried in the Forest Lawn Memorial Park Cemetery in Glendale, California. His autobiography detailing his years as an itinerant worker in the west, Education of a Wandering Man, was published posthumously in 1989." [3]

ask our community of genealogists a question.
Sponsored Search by Ancestry.com
DNA Connections
It may be possible to confirm family relationships with Louis by comparing test results with other carriers of his ancestors' Y-chromosome or mitochondrial DNA. However, there are no known yDNA or mtDNA test-takers in his direct paternal or maternal line. It is likely that these autosomal DNA test-takers will share DNA with Louis: 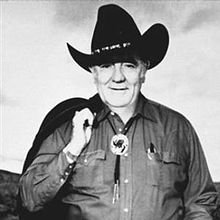 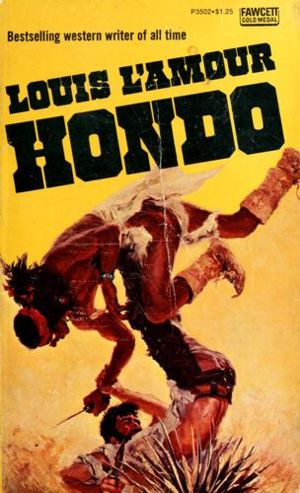 Leave a message for others who see this profile.
There are no comments yet.
Login to post a comment.
Patricia (Long) Kent
LaMoore-3 and LaMour-2 appear to represent the same person because: Same names, birth and death dates
posted Apr 12, 2017 by Patricia (Long) Kent