Robert Ray "Bob" Lacey Jr., 85, a registered professional engineer, passed away Sunday, Dec. 16, 2007. He was diagnosed with acute myelocytic leukemia in early November. Funeral: 1 p.m. Friday at Arborlawn United Methodist Church, 5001 Briarhaven Road, Fort Worth, where he was a member. Interment: Moore Memorial Gardens in Arlington. Visitation: 2 to 4 p.m. Thursday at Greenwood Funeral Home. Memorials: Arborlawn United Methodist Church, 5001 Briarhaven Road, Fort Worth, Texas 76109; or Community Hospice of Texas, 1111 Summit Ave., Fourth Floor, Fort Worth, Texas 76102. Robert was born June 16, 1922, in Decatur. He graduated from Colorado City High School, Colorado City, in 1939. He attended Texas Tech University in Lubbock until World War II began. He joined the U.S. Army Air Force and completed aviation cadet navigation training. He was commissioned a second lieutenant and assigned to join B-24 bomber crew. He served in the European theater. On the 10th mission, his plane went down; he was captured and spent 11 months as a POW at Stalag Luft III, South Compound and Stalag VIIA. He was promoted to first lieutenant in April 1946 and received a Purple Heart. He returned to Texas Tech and graduated with a degree in civil engineering in 1948. He was involved in structural engineering, mostly commercial, throughout his career. He retired from Ceco Corp., formerly Delta Steel Building, in Dallas as department manager of engineering in 1986. During this time, he served on the technical committee of the Metal Building Manufacturers Association of America. Bob enjoyed golf and played many years at Shady Valley in Arlington. He lived many years in Mansfield and played 21 years at Walnut Creek in Mansfield. He served as president of the MGA and was the first president of the Retired Men's Golf Association. He was a Mason for over 50 years. He was a member of the Texas Tech Ex-Students, Ex-POWs Disabled and American Vets. He and Pat enjoyed traveling and golfing for many years from the West Coast to the East Coast. They especially enjoyed cruising in many parts of the world. The family appreciates the support of Arborlawn United Methodist Church and Community Hospice at the James L. West Special Care Center for their compassionate care. He was preceded in death by his first wife, Melba, and son, Robert R. Lacey III. Survivors: Loving wife of 27 years, Patsy S. "Pat" Lacey; daughter, Janet Lacey; grandson, Robert R. "Rob" Lacey IV and wife, Lisa; great-grandson, Robert R. "Bobby" Lacey V.; granddaughter, Hannah Green and husband, Taylor; great-grandson, Ryland Reese Green; "adopted" son and daughter, Paul and Becky McKinney; grandson, Ricky McKinney and wife, Darla; great-grandson, Connor Paul McKinney; great-granddaughter, Reagan Jo McKinney; sisters, Annetta Lupton and Joyce Gibson; brother, Warren Lacey and wife, Mary; and many nieces and nephews. Published in the Star-Telegram on 12/19/2007

ask our community of genealogists a question.
Sponsored Search by Ancestry.com
DNA Connections
It may be possible to confirm family relationships with Robert by comparing test results with other carriers of his Y-chromosome or his mother's mitochondrial DNA. Y-chromosome DNA test-takers in his direct paternal line on WikiTree: It is likely that these autosomal DNA test-takers will share DNA with Robert: 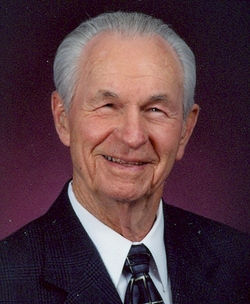 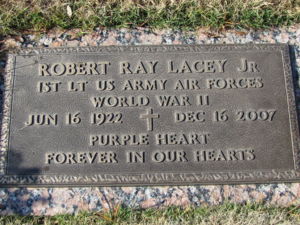 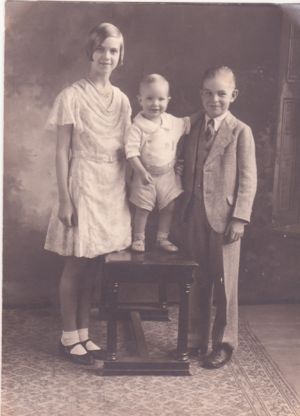 Robert is 23 degrees from Danielle Liard, 19 degrees from Jack London and 17 degrees from Henry VIII of England on our single family tree. Login to find your connection.