Peter Lacomb was born in 1821 in Canada. He emigrated to New York along with his wife, and raised his family there.

BRASHER CENTER Mrs. Mary Lacomb, an old and respected resident, died at the home of her son, George, at this place last Wednesday, aged 96 years. She was the mother of eleven children, four of whom survive, Mrs. Elizabeth Delosh, of Tupper Lake, Mrs. Ida Mousaw, of Canton, Nelson Lashomb, of Massena, and George, of this place, with whom she had lived for the past six years, since the death of her husband. She is also survived by two brothers and two sisters, Frank and Lewis Lashomb, Mrs. Kate Raymo, of Brasher, and Mrs. Adaline Quenell of Helena. The funeral was held Friday from the Catholic church at Brasher Falls. Massena Observer-Thursday, Oct.15,1914,Page 2 Husband: Peter LaCombe 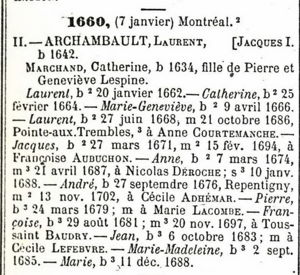