Blanche was the middle child of Angus and Delia (Fortin) Lajambe, born in Cornwall, Ontario in 1898. Her birth record and the 1901 and 1911 censuses spelled the family surname as Lashamb, but from the 1921 census onward, the name is spelled as Lajambe. Similarly, Blanche is only listed as Corrine in the 1901 census. She seems to have preferred to go by her middle name of Blanche. Blanche married Charles Dansereau in 1923. According to a member of her husband's family, her nickname was "Peanut". Blanche and Charles did not have any children. She died in Montreal at the age of 80 in 1978.

Translation of marriage record between Blanche Lajambe and Charles Dansereau: The eleventh of April, nineteen hundred and twenty-three, after the publication of one marriage bann made during our parish mass, a similar publication having been made in St-Edouard, as it appears from the certificate of the parish priest of the said parish, dispensation from the two other banns having been granted by the Ordinary of this diocese, between Charles Dansereau, clerk, son of age of Félix Dansereau, tailor, and Albina Dansereau, of St-Edouard, on the one part; and Blanche Lajambe, adult daughter of age of Angus Lajambe, carpenter, and Delia Fortin, of this parish, of the other part; Having discovered no impediment to the said marriage, we, the undersigned priest, received their mutual consent of marriage and gave them the nuptial blessing in the presence of Félix Dansereau, father of the groom and Angus Lajambe, father of the bride, who could not sign, the spouses signed with us. Reading done.

Is Corine Blanche your ancestor? Please don't go away!

ask our community of genealogists a question.
Sponsored Search by Ancestry.com
DNA
No known carriers of Corine Blanche's ancestors' DNA have taken a DNA test. 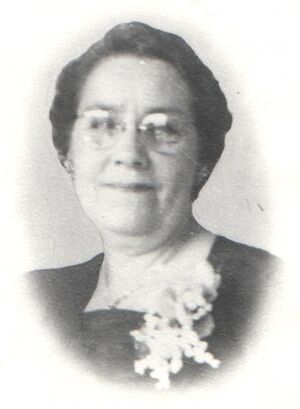 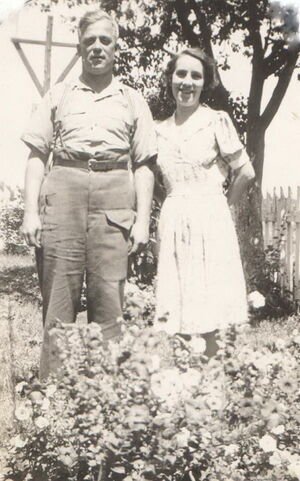