He was known as a liberal pontiff who promoted scientific learning. He tried to curtail the church's list of forbidden books, reduced taxation, encouraged agriculture and was a great supporter of free trade.

As a lifelong scholar, he established a number of learned societies and initiated the development of the Vatican Museum. 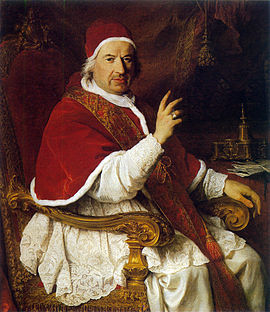