Henry IV (Lancaster) of England KG is a member of the House of Lancaster.

and in the right of his wife:

Earl of Hereford and Northampton
lord of Brecon and English Hay, Herefordshire

Henry IV, King of England was Richard II's cousin. In the early years of Richard's reign, Henry's father (John of Gaunt) ran the government. During this period Henry became earl of Derby (1377) and duke of Hereford (1397).

Before 1399, Henry seems to have had a care-free life. He married Mary de Bohun, a wealthy heiress; they had four sons, he was respected at home, and although an opponent of Richard II's headstrong actions he was himself moderate.

1390 - With a company of 300, he sailed from Boston in Lincolnshire to Danzig to join in a crusade against the heathen Lithuanians.

1392 - He went to Danzig again, but while there he decided to visit the Holy Sepulchre at Jerusalem. The journey turned into more of a sight-seeing tour than a Crusade visiting Prague, Vienna, Venice (and the Doge), Isle of Rhodes, Jaffa then on to the Holy City.

Henry entered politics as an opponent of the crown along with four other opposition leaders - known as the lords appellants.

Henry IV usurped the crown and consolidated power despite repeated uprisings of powerful nobles. But he was unable to overcome the fiscal and administrative weaknesses that contributed to the Lancaster's downfall.

During the first five years of his reign, Henry was attacked by a formidable array of domestic and foreign enemies.

In later years, Henry's argued to justify himself, as if he needed to be reassured about what he had done. He suffered much pain and ill-health with fainting fits, a disease of the heart, and skin issues thought to be leprosy. It may well have been a relief to this well-meaning but care-worn king when he died at the age of 46.

(Royal Tombs of Medieval England) Henry IV died at Westminster on 20 March 1413. The king's will dated 21 January 1409 instructed his burial at Canterbury, a departure from the Plantagenet tradition of royal burial at Westminster most likely explained by the lack of tomb space in the Confessor's Chapel at Westminster Abbey. Canterbury, however, was no less a prestigious location. The Trinity Chapel housed the shrine of Thomas Becket, one of very few English medieval saints with foreign appeal, as well as an illustrious royal burial and influential tomb, that of Edward, Prince of Wales (d.1376). The legend of the Holy Oil of St. Thomas may also have been an influential factor of burial at Canterbury; Henry IV being the first English king to be anointed with the oil and it was to the north of Becket's shrine that Henry was buried. The king's will, however, makes no reference to Becket in selecting Canterbury, and leaves his burial place and chantry chapel to the discretion of the Canterbury archbishop, Thomas Arundel. It was not until 25 May that Henry V commissioned his father's funeral arrangements. Henry's body was taken by barge to Faversham and then by road to Canterbury. On Trinity Sunday, 8 June, the most important day in the Christian Church calendar, Henry was interred in the Trinity Chapel to the north of Becket's shrine. Henry IV's second wife, Joan of Navarre, died in the royal manor at Havering atte Bower in the village of Havering, London, on 10 July 1437, and was buried beside him at Canterbury on 11 August in a joint tomb. No records survive for the monument, which features alabaster effigies, and arcaded alabaster tomb-chest. The Canterbury tomb is generally thought to have been commissioned by Joan of Navarre, although it is known that Henry V commissioned his father's funeral arrangements and first anniversary memorial, as well as his mother's effigy, and was his father's principal executor, and may have commissioned his tomb, suggesting work was underway before his own death in 1422. Henry IV had suffered from recurring ill-health from 1405 onward, and it is possible that work on his tomb had begun during his own lifetime. In 1832 the tomb was opened and a section of the king's lead coffin was removed, revealing the well-preserved head of a male with a russet beard. There were ancient rumors that Henry died a leper for his part in the death of Richard II and for not observing his anniversary; the examination, however, revealed no signs of the disease. The smaller lead coffin in the tomb was almost certainly that of Joan of Navarre, and was not disturbed.

Henry IV (15 April 1367[2] – 20 March 1413[3]) was King of England and Lord of Ireland (1399–1413). He was the tenth King of England of the House of Plantagenet and also asserted his grandfather's claim to the title King of France. He was born at Bolingbroke Castle in Lincolnshire, hence his other name, Henry (of) Bolingbroke /ˈbɒlɪŋbrʊk/. His father, John of Gaunt, was the third son of Edward III, and enjoyed a position of considerable influence during much of the reign of Henry's cousin Richard II, whom Henry eventually deposed. Henry's mother was Blanche, heiress to the considerable Lancaster estates, and thus he became the first King of England from the Lancaster branch of the Plantagenets. ...

The date and venue of Henry's first marriage, to Mary de Bohun, are uncertain but her marriage licence, purchased by Henry's father, John of Gaunt, in June 1380 is retained at the National Archives. The accepted date of the ceremony is 5 February 1381, at Mary's family home of Rochford Hall, Essex.[3] Alternately, the near-contemporary chronicler Jean Froissart reports a rumour that Mary's sister Eleanor de Bohun kidnapped Mary from Pleshey Castle and held her at Arundel Castle, where she was kept as a novice nun in order to keep her half of the de Bohun inheritance under Eleanor's control (and consequently under that of her husband, Thomas of Woodstock, 1st Duke of Gloucester).[29][30] There Mary was persuaded to marry Henry. They had six children:[31]

Henry V of England (1386–1422) Thomas of Lancaster, 1st Duke of Clarence (1388–1421) John of Lancaster, 1st Duke of Bedford (1389–1435) Humphrey of Lancaster, 1st Duke of Gloucester (1390–1447) Blanche of England (1392–1409) married in 1402 Louis III, Elector Palatine Philippa of England (1394–1430) married in 1406 Eric of Pomerania, king of Denmark, Norway and Sweden. Mary died in 1394, and on 7 February 1403 Henry married Joanna of Navarre, the daughter of Charles d'Évreux, King of Navarre, at Winchester. She was the widow of John V of Brittany, with whom she had had four daughters and four sons; however, her marriage with the King of England was to be childless. But Henry had already four sons from his first marriage, which was undoubtedly a clinching factor in his acceptability for the throne. By contrast, Richard II had no children and Richard's heir-presumptive Edmund Mortimer was only seven years old. The only two of Henry's six children who produced children to survive to adulthood were Henry V and Humphrey, Duke of Gloucester. Henry IV's male Lancaster line ended in 1471 during the War of the Roses, between the Lancastrians and the Yorkists, with the deaths of his grandson Henry VI and Henry VI's son Edward, Prince of Wales. Henry IV's son, Humphrey, Duke of Gloucester's descendants include Elizabeth Bowes-Lyon, wife of George VI and mother of Elizabeth II,[32] and the Queen's current daughters-in-law, Camilla, Duchess of Cornwall and Sophie, Countess of Wessex.[33]

Sponsored Search by Ancestry.com
DNA Connections
It may be possible to confirm family relationships with Henry IV by comparing test results with other carriers of his Y-chromosome or his mother's mitochondrial DNA. Y-chromosome DNA test-takers in his direct paternal line on WikiTree:

Arundel, Gloucester, Nottingham, Derby, and Warwick before the King 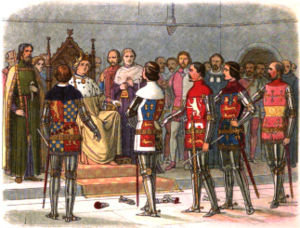 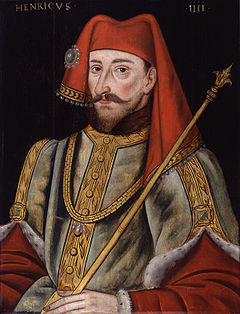 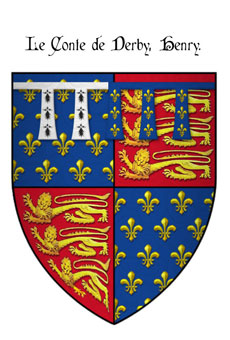 We are 8th cousins 18 times removed, we are both descendants of Matilda (Senlis) Clare.

Henry IV is 20 degrees from Donald Howard, 16 degrees from Julia Howe and 5 degrees from Henry VIII of England on our single family tree. Login to find your connection.