"Harry Philmore Langdon (June 15, 1884 – December 22, 1944) was an American comedian who appeared in vaudeville, silent films (where he had his greatest fame), and talkies. He was briefly partnered with Oliver Hardy.

Born in Council Bluffs, Iowa, Langdon began working in medicine shows and stock companies while in his teens.

In 1906, he entered vaudeville with his first wife, Rose Langdon. By 1915, he had developed a sketch named "Johnny's New Car," on which he performed variations in the years that followed.

In 1923, he joined Principal Pictures Corporation, a company headed by producer Sol Lesser. He eventually went to Keystone Studios, where he became a major star.

At the height of his film career, he was considered one of the four best comics of the silent film era.

His screen character was that of a wide-eyed, childlike man with an innocent's understanding of the world and the people in it. He was a first-class pantomimist" (wikipedia excerpt). 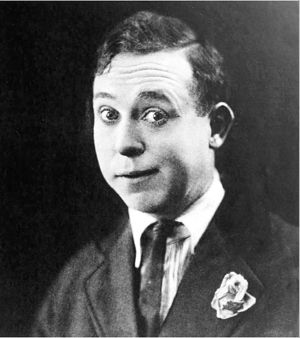 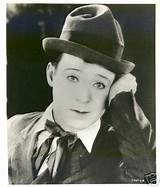 Luke (Kemp) Lord Kemp-St. Margaret MA/ThB/PhD
After a little work on Harry's immediate tree, I was able to connect to his great-grandparents lines firmly established in colonial New England, and well-filled-in all the way back into families of English aristocracy.

I found that Harry Langdon and I are eighth cousins once removed through our common Glasscock branch.