"Jervis Langdon, a native of New York State, married Olivia Lewis in 1832, and the pair settled in Elmira, New York, in 1845. He became prosperous in the lumber business and then wealthy in the coal trade, which he entered in 1855. His extensive operations included mines in Pennsylvania and Nova Scotia, and a huge rail and shipping network supplying coal to western New York State, Chicago, and the Far West. An ardent abolitionist, Jervis Langdon served as a “conductor” on the Underground Railroad, and counted Frederick Douglass, whom he had helped to escape from slavery, among his friends. Jervis and Olivia Langdon had three children: Susan (who was adopted), Olivia (“Livy”), and Charles. Jervis approved SLC’s marriage to Livy despite his marked difference in social status. He lent SLC one-half of the $25,000 needed to buy the Buffalo Express and gave the newlyweds a house in Buffalo. He died in 1870 of stomach cancer, leaving bequests totaling $1 million. Livy’s inheritance was to remain central in the life of the Clemens family."

Jervis Langdon, born in 1809 in New York,[1][2] was a businessman in coal. He died just a few months after his daughter, Olivia, married Samuel L. Clemens (Mark Twain).[3]

Is Jervis your ancestor? Please don't go away!

ask our community of genealogists a question.
Sponsored Search by Ancestry.com
DNA
No known carriers of Jervis's DNA have taken a DNA test. 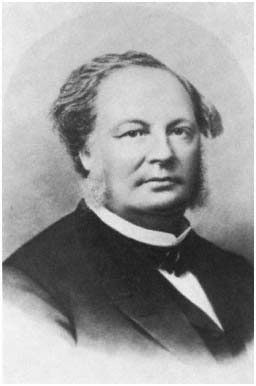 Nan (Lambert) Starjak
Please change the privacy level of this profile to Open, as required for all persons born over 200 years ago.