Dorothy Larner was born on June 18, 1917 at 47, Lincoln Street, Norwich, Norfolk, England.[1] She was the twin of Margery who died aged 7 weeks. Dorothy was the daughter of William Larner and Amy Porter. She was baptised on August 5, 1917.[2]

Dorothy went to Avenue Road School in Norwich and passed a scholarship to the Blyth School where she completed her studies. She was a vivacious child and often entertained the family with her recitations; she was also a good pianist.

During World War II Dorothy was in the WAAF. She was mentioned in dispatches and awarded the Oak Leaf for her courage in meeting the planes returning to Coltishall and Waterbech.

On September 9, 1945 Dorothy married Colin Moore[3] who lived with his parents, next door to the Larner family. A few years after their marriage Colin's work as an architect took them to Bristol where they lived for about ten years, until Colin got work in Essex. In 1958 and they moved to Chelmsford.

Dorothy had three daughters, but they were what was then termed 'blue babies' and they all died, one at birth before full term, Janet at 7 months and Juliet at 10 hours. Dorothy was told that having more children would put her own life at risk and they were unlikely to survive, so they adopted a boy.

Dorothy usually cared for her mother when her sister Alice was away and she had her mother-in-law to live with her in her final years.

Dorothy was an active member St. Andrew's Church, Chelmsford and of the Townswomens' Guild. She liked being at home where she enjoyed reading, cooking and baking.

Dorothy died in hospital at Chelmsford on July 27, 1994.[4] Her funeral service was held at St. Andrew's Church, Chelmsford, Essex on August 3, 1994 and after cremation her ashes were interred at St. Faith's Crematorium Garden of Remembrance in Norfolk.


Colin often called Dorothy 'Dolly' and evidently she was known by this name at St. Andrew's church. Below is a transcription of the tribute in their magazine:

Her stature was the only small thing about Dolly as she was affectionately known to us all. She had a great love for her family and friends, her church, flowers, music and so many other things. It was always a pleasure to meet her with her welcoming smile, solicitous enquiries and engaging conversation. She had led an interesting life before settling, finally, in Chelmsford. Dolly soon took an active lead in the Townswomens' Guild and involved herself fully in the life of St. Andrew's as well as supporting Colin in his duties. She enjoyed any special musical events, appreciated the floral arrangements, helped out on many occasions and was faithful in her attendance at Bible study and services. Latterly increasing frailty and ill health kept her more housebound but Dolly was a great 'encourager' and surely continued remembering all of us and our activities in her prayers. Her passing will leave a gap in many lives but especially in those of Colin and Gordon whom we continue to uphold in our prayers.

Remember O Lord your servant Dolly who has gone before us with the sign of faith. According to your promise grant to her who rests in Christ refreshment, light and peace. Amen. [5]

Dorothy (Larner) Moore is one of twins. 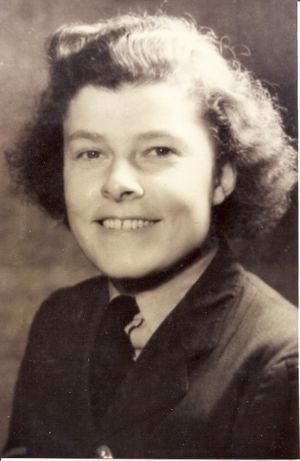 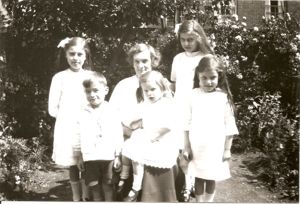 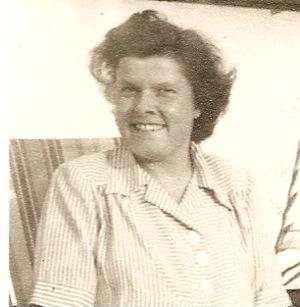 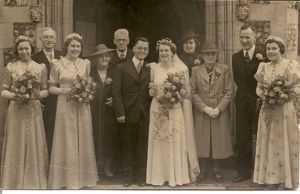 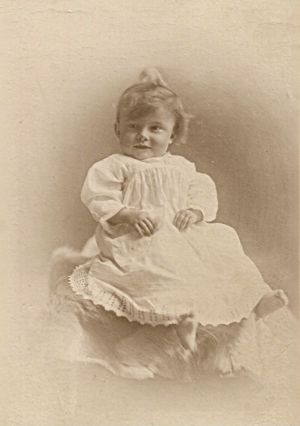 Dorothy is 33 degrees from Danielle Liard, 28 degrees from Jack London and 19 degrees from Henry VIII of England on our single family tree. Login to find your connection.