DONALD D. LASHOMB 1927-1975 Donald D. Lashomb, 48, of 73 Chase St., died at 2:30 a.m., Tuesday, Dec.16, 1975, in the A. Barton Hepburn Hospital in Ogdensburg. He had been admitted to Massena Memorial Hospital Thursday night, transferred to the Ogdensburg Hospital Saturday and had been in critical condition since. Funeral services will be held at 10 a.m., Thursday at St. Mary's Church with burial in Calvary Cemetery. Surviving are his wife, Mary Duquette Lashomb; his mother, Mrs. Johanna Lashomb, 24 Pine St.; five children, David, Norwich, Conn.; Ricky, Syracuse; Randy, 18, Caron, 15, and Brenda, 7, all at home; one brother, Raymond, Sturbridge, Mass. He was born in Massena Oct. 23, 1927 the son of the late Howard and Mrs. Johanna Lamoureux Lashomb. He attended Massena Schools, joined the U.S. Navy in 1944 when he was 17 years old. He served four years. He married Mary Duquette in Sacred Heart Church Oct. 23,1948. He was employed at Alcoa, Massena Operations and was a member of the 25 year service club; a member of the Loyal Order of the Moose.

ask our community of genealogists a question.
Sponsored Search by Ancestry.com
DNA
No known carriers of Donald's ancestors' DNA have taken a DNA test. 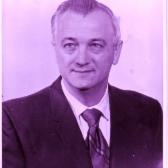