According to the examining surgeon's certificate, No. 109647, David Morton Laswell contracted a condition while in the service that left him totally blind. "The disease is Purulent Opthalmia which has produced ulceration of the cornea of both eyes and allmost complete disorganization of the structure of the eyes causing complete and incurable blindness. I believe the disease was caused by dust and smake on the marches and by the camp fires. Signed, Emanuel R. Hawn, Examining Surgeon" He received an invalid pension in the amount of $25 per month beginning June 5, 1866, which was increased to $31.75 on June 4, 1872, with several more increases over the years. ([5])

[10]April 16, 1914; Answers Last Roll Call; Uncle David Laswell died at the home of his daughter, Mrs. Harry Seaton near Burnett Tuesday evening about 7:30 o'clock of heart trouble. He was a soldier in the Civil war and for the past several years had been totally blind. At the time of his death he was 76 years, 11 months and 29 days old and is survived by four children, three sons and one daughter. The funeral services will be conducted today at 2:00 o'clock at Pleasant Ridge and the body will be laid to rest in the cemetery near by. 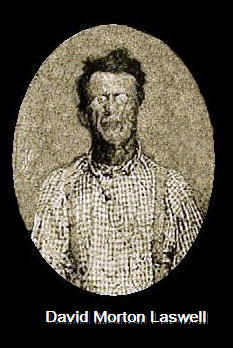 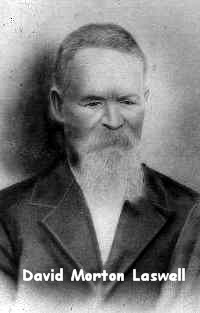 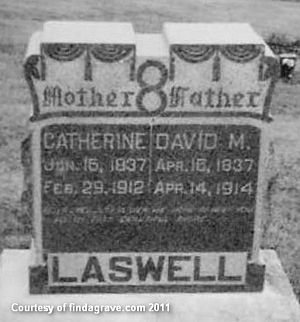 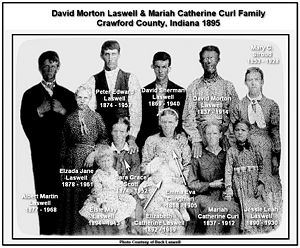 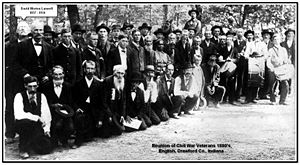