Samuel devoted more than 40 years of his life to the University of Rochester, serving as the Director of the University's Chemistry Department. He was also a well-respected and loved professor there. A tribute to him, inscribed in stone on a boulder at Mount Hope Cemetery, reads: "Samuel Allan Lattimore, PH.D., LL.D. 1827-1913; Professor of Chemistry in the University of Rohester from 1867 to 1908. He Found God in His Laboratory."

He was born 28 May 1828 in Union County, Indiana, the son of Samuel Lattimore and Mary Poague. He married Ellen Frances Larrabee on 27 July 1852 at Putnam, Indiana.[2], the daughter of William Clark Larrabee, one of DePauw's first professors, and Harriet Dunn. They were the parents of six children; one son and five daughters.[3] For most of his life, he and his wife lived at Rochester, New York.[4][5][6][7]

A glowing tribute to Samuel appeared in the 1885 University of Rochester publication Interpes, which has additional information that is of great interest:

"Although a man of quiet manners and retiring disposition, Prof. Lattimore has won for himself a prominent place among practical chemists, and a wide reputation as a man of broad and general culture. In recognition of his merits as a scholar, Asbury University conferred upon hi the degree of Ph.D in 1872, and in the same year he was given the degree of LL. D. by Hamilton College."

"Since 1872, Dr. Lattimore has beenChemist to the Board of Water Commissioners of the city of Rochester, and it is largely on account of his indefatigable efforts that Rochester can today congratulate herself on having the best water supply of any city in the state. He is now Chemist to the New York State Board of Health, having been appointed to that position in 1881, and has here displayed the same energy and efficiency which have always characterized his work, whether in the classroom or in the public services. He has ever shown a most praiseworthy public spirit, and a genuine solicitude for the welfare of his fellow citizens."

"But Dr. Lattimore is more than a mere scientist. He is a man of varied accomplishments, being well versed in the classics and modern languages, and possessing a vast fund o general information. He is also more than an able instructor. His character i that of a noble Christian, his heart is kindly, his bearing calm and dignified, and his manner courteous and genial. He is ever anxious for the welfare of his students, and frequently and unostentatiously, renders advice and assistance. All whom he meets entertain for him the highest respect and admiration, and no student passes from under his instruction, without looking back and recognizing in him a ripe scholar and an affable Christian gentleman."[8] 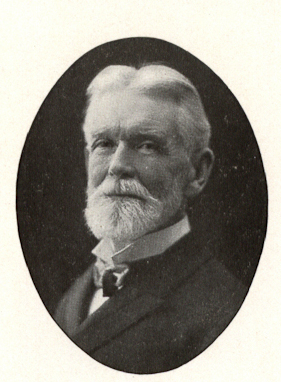 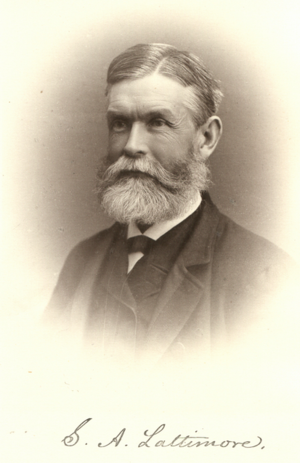