Frank Laufer was a Volga German.

Franz Laufer's descendants say he was from Grimm, but there were no Laufers living in Grimm for any of the villages' censuses. Although Laufer is a valid German name, his surname was most likely Leffler. A spelling error on immigration documents determined how the family spelled their name once in the United States.

It is believed that Franz was born in Messer and the family came to Grimm after the 1897 census, where he may have lived until he immigrated to the United States. This may account for the belief by some that he was born in Grimm. 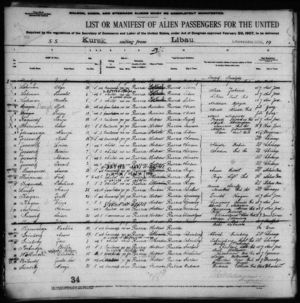