Lancaster Intelligencer Journal
Lancaster, PA
Thursday, March 11, 191
Obituaries
S.B. Lawrence Dies;
Owned Block Company
Samuel Brighton Lawrence, 76, of 738 N. Franklin St., died at 7:40 p.m. Wednesday at Duke Convalescent Residence, after an illness of two years. He was the husband of Essie M. Martin Lawrence.
Lawrence was the former owner and manager of the S.B. Lawrence and Co. Inc., building blocks and burial vault firm. He started in the burial vault business in Marietta in 1920, then moved to Lancaster in 1930. He was a pioneer in concrete building block manufacturing.
His firm furnished blocks for large building projects such as the Marietta Air Force Depot, the Newcastle, Del., county airport, and McCaskey High School. He retired in 1945.
He was a 1941 graduate of Stevens Trade School, the second class the school graduated. He was a member of the school's Alumni Assn. and the Endowment Committee, from which he received an award in 1962, and was chairman of the school's Building Committee.
In the latter post, he headed a program which set up a scholarship fund at Stevens financed by the sale of homes built by the students.
The result was the beginning of Stevens Heights, a 76-home development on the south side of Dauphin Street behind the school. The houses were built by students, giving them practical training, and the profits from the sales went into the scholarship fund.
He was born in Marietta, son of the late Frank C. and Anna Hall Lawrence, and resided in Lancaster 41 years. He and Mrs. Lawrence observed their 54th wedding anniversary last June.
He was a member of Ashara Lodge No. 598, F&AM, Marietta, and the Tall Cedars of Lebanon.
In addition to his wife, he is survived by a daughter, C. Phyllis Lawrence, Washington D.C. and a sister, Mrs. Bertha L. Hipple, Marietta.

Is Samuel your relative? Please don't go away! 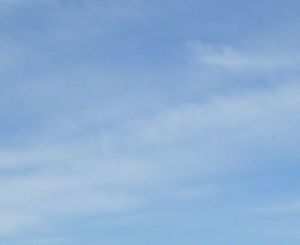