"Jean LeMoyne, the pioneer son of Louis LeMoyne, born at Pitres, near Rouen, in Normandy, in 1634, had a high standing in his day. We read of him as the seigneur of three fiefs, viz: LaNoraie St Marie and Gatineau, also as possessing lands near Three Rivers, "called Isle des Pins" or the Island of Pines. He was consequently called "LeMoine des Pins," which title distinguished him from his more famous relative Charles LeMoine, Baron de Longeuil, who on two occasions acted as Governor of Canada.

There is an interesting anecdote told by L'Abbe Verreau in hisL'Invasion du Canada 1775 -- of one Jean Baptiste Le Moyne des Pins, who fought bravely the enemy, but was taken prisoner by Montgomery and kept in captivity for a long time, nor would Congress consent to his exchange, giving as a reason the statement that 'he was of far too much importance in his own country.' Finally, broken in health by his long captivity and too proud to demand indemnity from the British Government for his losses of fortune incurred whilst fighting for the flag of his country -- this fine example of a gallant gentilhomme died near Quebec in 1807 -- 'a victim,' says Le Canadien of January 10th of that year, 'of the patriotic ardor which hastened his death.'

On his mother's side Sir James rejoices in an equally interesting ancestry. His maternal grandfather, Daniel McPherson, was a native of Scotland born at Fort William near Inverness, but he emigrated to Philadelphia at an early age. During the troublous time of 1783 he left Philadelphia, with many others, and came to live at Sorel, afterwards called Fort William Henry, a well known United Empire Loyalist settlement. Here he married a Miss Kelly and shortly afterwards made another move, to Douglastown, Gaspe, another U.E.L. settlement.

Like most of his fellow countrymen, Daniel McPherson became a rich man and, in 1803, he bought the wealthy and beautiful seigneury of Isle aux Grues and Isle aux Oies PQ from the de Beaujeu family. Here he spent twenty-six years of his life.

About the year 1825, owing to reverses of trade, Mr Benjamin LeMoine of the firm of Stuart and LeMoine became involved in business troubles, and at that time, three of his eleven children, including James, who took the name, were adopted by their grandfather McPherson and brought to Crane Island. In the following year, however, the old Seigneur moved to St Thomas, Montmagny, 35 miles east of Quebec, on the south shore of the St. Lawrence river Here it was that the subject of our sketch spent a happy boyhood, learning lessons of self -reliance and industry from his staunch and venerable grandfather, which seem to have had a lasting influence upon his habit of mind and general view of Iife throughout the subsequent years." [1] 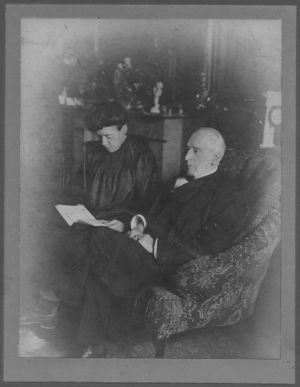 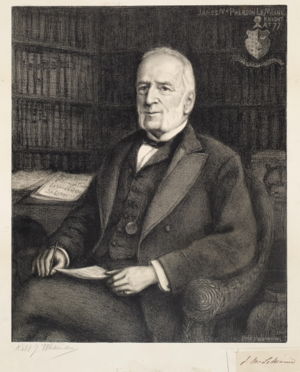 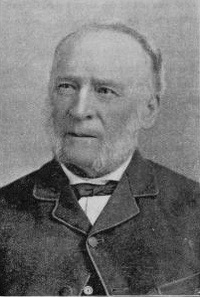