Alice was the first wife of Theodore Roosevelt and mother for two days to Alice Lee Roosevelt.

Theodore on meeting Alice in 1878 stated "As long as I live, I shall never forget how sweetly she looked, and how prettily she greeted me." She became best friends with his two sisters, Anna & Corinne. After Theodore worked hard at courting Alice they became engaged on 14 Feb. 1880. They married 27 Oct. 1880 (Theodore’s birthday).[3]

TR’s nickname for her was ‘baby’ and 'baby in pink’. Unable to have a baby until her doctor did some minor surgery. She became pregnant in May 1883. TR was a state legislator in Albany, NY and rode the train at the end of each week to the Roosevelt NYC home. They had one child, Alice Lee, born 12 Feb. 1884. Alice Hathaway Lee Roosevelt died 14 Feb. 1884 of Bright’s Disease (kidney disease) and complications to the birth of Alice. The development of the disease went unnoticed because her pregnancy.

Theodore had on the epitaph for his wife's memorial, "For joy or for sorrow my life has now been lived out." He dearly loved his wife, Alice.

Sponsored Search by Ancestry.com
DNA Connections
It may be possible to confirm family relationships with Alice by comparing test results with other carriers of her mitochondrial DNA. However, there are no known mtDNA test-takers in her direct maternal line. It is likely that these autosomal DNA test-takers will share some percentage of DNA with Alice: 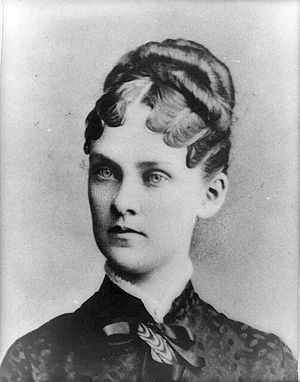 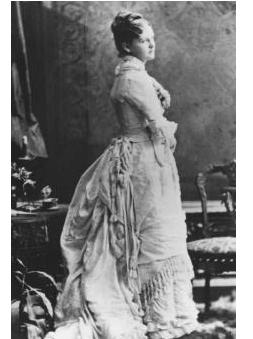 Categories: Spouses of US Presidents