From Find A Grave:

Civil War Confederate General. Though an accomplished man in his own right, he is better remembered as the eldest son of Robert E. Lee. Raised an 'Army brat' and thus often denied daily contact with his father, he was educated in a series of private boarding schools, lastly at the mathematics academy of Benjamin Hallowell. At 17 he received an appointment to West Point from President Zachary Taylor and at the Academy had, as did his father before him, an outstanding academic record. Custis barely missed expulsion at the start of his second year due to an alcohol related incident, but continued his good class work. Under the command of father during his final two years at school, he graduated first in the Class of 1854 and was assigned to the Corps of Engineers. During his time in the Army he had duty in California, Georgia, and Florida; upon the October 10, 1857, death of his grandfather George Washington Parke Custis he inherited Arlington House. The property was taken via a spurious claim of non-payment of taxes during the Civil War, eventually to become Arlington National Cemetery. After the war Custis sued for recovery of his house and land and in an 1882 Supreme Court decision won his case; having never harbored a desire to see the dead dug up, he sold his title to the federal government for $150,000 in 1883. Stationed in Washington, D.C. at the outbreak of war, Custis resigned his commission and tendered his services to Virginia. Commissioned in the Confederate Army in July 1861, he was named aide-de-camp to President Davis the next month and promoted to Colonel. Thru most of the conflict he was to serve as Davis' assistant and earned respect, though questions persist; by some accounts, Custis wanted field duty and was prevented from accepting it either by Davis' superior rank or by his father's, while according to other versions of the tale he lacked confidence in his own abilities and was happy behind a desk. Whatever the truth, he did maintain a home on East Franklin Street in Richmond where he cared for his invalid mother. He was sent on frequent fact-finding missions for the President and his engineering skills were put to occasional use as when he supervised the fortification of Drewery's Bluff on the James River in the spring of 1862. Named Brigadier General on June 25, 1863, he commanded Richmond troops during the period covering the Battle of Gettysburg. In 1864 he was placed in charge of the defense of Richmond and commanded at Chaffin's Bluff where he did a good enough job that the Union did not take Richmond until after the surrender at Appomattox. Promoted to Major General on October 20, 1864, he participated in the final retreat from Petersburg and was captured at Sayler's Creek on April 6, 1865, though he was released when the war ended three days later. When his father accepted the presidency of Washington College, Custis followed his parents to Lexington where he held a professorship of civil engineering at VMI while helping to design the Lee Chapel at Washington and Lee; named President of the University of Maryland in 1867, he declined the post after public protest of a Confederate getting the job and returned to Lexington. Upon his father's death Custis became President of what would one day be Washington and Lee University, remaining in office until 1897 and during his tenure donating Charles Willson Peale's 1772 portrait of George Washington to the Lee Chapel. After retirement he moved into Ravensworth Mansion, the Fairfax County estate of his by-then deceased younger brother Rooney, where he lived out his days. -- Bio by: Bob Hufford

ask our community of genealogists a question.
Sponsored Search by Ancestry.com
DNA Connections
It may be possible to confirm family relationships with George by comparing test results with other carriers of his ancestors' Y-chromosome or mitochondrial DNA. Y-chromosome DNA test-takers in his direct paternal line on WikiTree: It is likely that these autosomal DNA test-takers will share DNA with George: 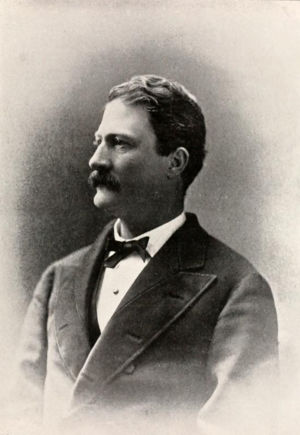 George is 18 degrees from Katie Goodwin, 15 degrees from Wilbur Scoville and 13 degrees from Henry VIII of England on our single family tree. Login to find your connection.