Eleanor Agnes was born in 1841 at Arlington in Virginia. Her parents were Robert Edward Lee and Mary Ann Randolph Custis. Her father was an officer in the U. S. Army Corps of Engineers and a graduate of West Point. Her father was away much of the time in the course of his military duties. Her father was away for over two years during the Mexican War. Agnes grew up with her four older siblings. Three more siblings came after her. Her father was the superintendent of West Point from 1852 until 1855. Agnes went away to boarding school in 1855. Her father was promoted and left for duty in Texas. She attended the Virginia Female Institute. She was religious and was confirmed in the Episcopal Church in 1857. Bio on Findagrave

Folk Figure, Author. Called simply "Agnes," she was the third daughter and fifth child of Confederate General Robert E. Lee and his wife, Mary Anna Custis Lee. Like her three sisters, she never married chiefly because the General simply could not let go of his girls. However, there was one young soldier who was determined to make Agnes his bride - but he got nowhere since the General proclaimed him too "unsettled" to take a wife. Agnes attended the Virginia Female Institute in her youth and later on she did much traveling with her father as a companion and nurse. A deeply religious young woman, she is perhaps best remembered for her delightful journal (published in 1984) that detailed life in the South and the ups and downs of the Lee family. After her father's death in 1870, Agnes never fully recovered from her grief and, to her family's intense sorrow, she succumbed to typhoid fever. She is interred with her family members in the Lee Chapel and Museum in Lexington, Virginia.

War came again to the south and Virginia in April of 1861. Agnes left Arlington with her mother and never returned to their home.

After the war her father returned to Richmond. He was offered a position as the president of Washington College in Lexington. Agnes moved to Lexington with her parents. Her father died in 1870. Agnes died of Typhoid Fever in 1873. She had never married. [1]

This info has been compiled from many sources, such as family bibles, birth & death certificates, obituaries, other family trees, and e-mails from many helpful family members.

Internet sources : 'LDS'FamilySearch.com, Rootsweb.com, Lineage.com, contacts from Genforum.com and many others. Books : "Descendants of William McIntyre" by Robert H. McIntire, 1984. There are many other books too numerous to mention. I apol
Enjoy!
'Cousin'Bob
Copyright♭2007-rewylie

Agnes Lee died at Lexington on October 15, 1873, almost exactly three years after the death of her father; and her death was followed by that of her mother, 21 days later. Mary and Mildred survived.[2]

ask our community of genealogists a question.
Sponsored Search by Ancestry.com
DNA Connections
It may be possible to confirm family relationships with Agnes by comparing test results with other carriers of her ancestors' mitochondrial DNA. However, there are no known mtDNA test-takers in her direct maternal line. It is likely that these autosomal DNA test-takers will share some percentage of DNA with Agnes: 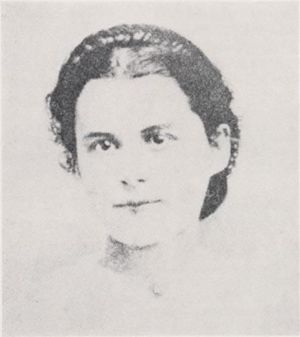 Robin Lee
Lee-6528 and Lee-6 appear to represent the same person because: based on the sources listed on Lee-6528. this is the daughter of Robert E Lee
posted Jun 17, 2015 by Robin Lee