and Anne A. (Corkum) Legge

From the 1901 Canadian census: The family was Baptist. They could all speak English and French.

After her mother died she left school to stay home and take care of her father.

She was still living at the family home on Scots Bay Road in Canning at the time of the 1911 census.

As a teenager, around 1914-1915, she went to live with her sister Ella Maxwell and Ella's husband Alber in Fitchburg, Massachusetts. Effie ended up living in Fitchburg for most of her life. Effie also worked at a hat factory in Amherst, Massachusetts as a young woman.

A border crossing manifest from August 1917 has her leaving from Yarmouth, N.S., on her way back to Framingham, Mass. This is definitely Effie, since she lists Benjamin as her father, but the age is wrong. She is listed as 25 but in 1917 her age would have been 20. It must have been a visit home.

She probably met Edward at the Whalom Rollerskating Rink in Lunenburg. This was one of their favorite spots. Although they met in Massachusetts, they married in her home town, Canning, N.S. The wedding was August 29, 1918. NovaScotiaGenealogy.com has a record of their marriage (Kings County).

They lived at 320 (?) Pearl Street, later on Winter Street, and later at 35 Brigham Park in Fitchburg.

Effie died at the age of 74, in March 1963. When she passed away she was living at 179 White Street in Lunenburg, next to her son Edward and his family.


Memories: 3
Enter a personal reminiscence or story.
Marsha (Ciaramello) Auger
On Thanksgiving, 1961, my parents (Lou and Cora Lyons Ciaramello,) my brother and I went to Fitchburg for dinner. I believe it was Aunt Effie's house. She certainly was in charge of the dinner and cheerfully gave each of us preparation tasks in the kitchen. In retrospect, it was one of those special days in my life, when one of the Legge sisters set a strong example for a young girl. I was a freshman in high school then and had brought my copy of ALL QUIET ON THE WESTERN FRONT, to finish for a test the following Monday. Perhaps, I also felt it would make the day easier for a shy teenager, to have a diversion. No need to worry about shyness. It was a wonderful day with family. Marsha Auger
posted 17 Sep 2009 by Marsha (Ciaramello) Auger
Chris Whitten
Great Aunt Beck (Bartlett) Nally wrote to Alex: "Effie was a cheerful, hard working lady -- a real lady. Busy with family and friends."
posted 31 Jul 2008 by Chris Whitten
Chris Whitten
Great Aunt Beck to Alex: "Effie had gone home to Scot's Bay, Nova Scotia, to visit a sick relative when her first baby was born -- Aunt Joyce. What makes that of extra interest is that from the Bartlett side of the family, your great great grandmother was also born in Scot's Bay!"
posted 31 Jul 2008 by Chris Whitten
Login to add a memory.
Is Effie your ancestor? Please don't go away!

ask our community of genealogists a question.
Sponsored Search by Ancestry.com
DNA Connections
It may be possible to confirm family relationships with Effie by comparing test results with other carriers of her mitochondrial DNA. However, there are no known mtDNA test-takers in her direct maternal line. It is likely that these autosomal DNA test-takers will share some percentage of DNA with Effie: 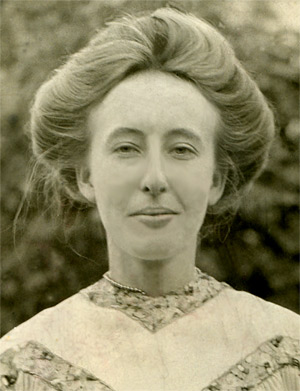 Effie and her son Edward 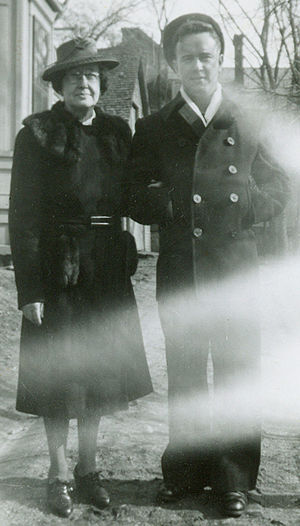 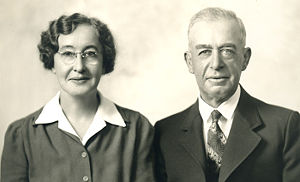 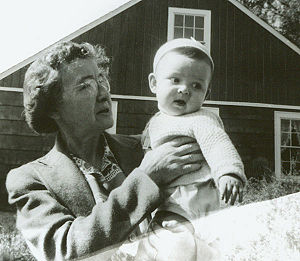