At the time of the 1871 census he appears to have been living with his sister Eliza, her brother-in-law Thomas Huntley, and their daughter Clia in Centreville. However, the "Benjimin" listed here gave an age of 26, meaning he was born about 1845. [4]

Anne E. Corkum and Benjamin Legge married in 1872 in Kings County. There is an image of marriage record on NovaScotiaGenealogy.com. [6]

Like his father, Benjamin was a farmer. He may have done blacksmith work too. [8]

The 1911 Census of Canada indicates that Benjamin was a farmer and a cooper.

After Anna died in 1904, Effie left school to stay home and take care of him.

Records of gravestones at Scots Bay Union Baptist Cemetery (in the Old Cemetery) list the following for cemetery lot: 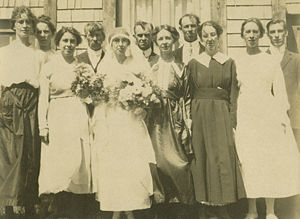 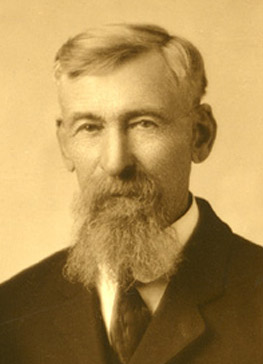 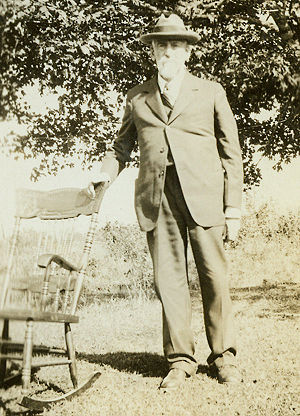