Frederic Leighton was a prominent English painter and sculptor of the 19th century, well-known for his great paintings of historical and biblical scenes.

Frederic Leighton was born on 3 December 1830 in Scarborough in Yorkshire, the third of five children of Dr Frederic Leighton and Augusta Nash. He was christened 6 January 1831 in Scarborough[1]. The family were there for his mother's health, which was never strong. The eldest child of the family, Fanny, had died not long before.

Due to his mother's poor health the family spent a lot of time abroad, particularly in warmer climes[2]. Leighton first studied art in these various European locations. The family hence does not feature in either the 1841 or 1851 censuses.

By 1853, aged 23, he was studying in Florence[2]. While there he painted his first major work: Cimabue's Celebrated Madonna Carried in Procession through the Streets of Florence, a vast painting of a medieval procession. The colours and composition are strongly influenced by the Pre-Raphealite Brotherhood. When it was exhibited at the Royal Academy's Summer Exhibition in 1855 it was a huge success. On the opening day Queen Victoria bought it for 600 guineas. In her diary she wrote: There was a very big picture by a man called Leighton. It is a beautiful painting, quite reminding one of a Paul Veronese, so bright and full of light. Albert was enchanted with it—so much so that he made me buy it.[3]

With royal approval, Leighton was set. He was by all accounts also a born leader and close friend. He had become a acquaintance of the Brownings while in Florence and in 1860 he was commissioned by Robert Browning to design the tomb for his wife, Elizabeth Barrett Browning in the English Cemetery in Florence. He spent 1861 in that city. This remarkable work demonstrated that there was much more than just painting to Leighton.

By the time of the 1871 Census[4] he was living in his house in Holland Park Road, Kensington. With him were three servants: a housekeeper/cook, a butler/valet and a housemaid. He was listed as 'Artist (Painter)'. His father and two sisters lived nearby, but never with him. Leighton was famously private, he had no companion at any stage of his life, either male or female.

Leighton was an enthusiastic member of the militia. He had been one of the first, in 1860, to volunteer to serve in what would become the Artists Rifles. In 1875 he became its commanding officer and a Lieutenant Colonel[5].

In 1877, Leighton decided to branch into sculpture. Without a commission (he was wealthy enough not to need one) he created a life-sized classical bronze statue: An Athlete Wrestling with a Python[6]. The result was stunning and created an entirely new artistic movement: New Sculpture. It was awarded the gold medal for sculpture at the Exposition Universelle in Paris in 1878 and was bought on behalf of the British nation for £2,000, the first sculpture acquired for the national art collection.

In 1881 he was still living alone in the same house, again with just the three servants[7]. He was listed as 'Painter, Pres. RA'

In 1891 he was again listed living alone in Holland Park Road[8] With him was the same faithful valet and three other household servants.

In 1895 he painted what is perhaps his most famous painting, Flaming June, a confident masterpiece which demonstrates his mastery of colour.

In the New Year's Honours of 1896 he was created a lord, the first artist to be so honoured[2]. The patent creating him Lord Leighton of Stretton in the County of Shropshire was issued on 24 January. The following day he died of a heart attack at the age of 65, the shortest lived barony in British History. He was buried in the crypt of St Paul's Cathedral[9].

After his death in 1896[10], his home was turned into the Leighton House Museum[11], filled with his creative works.

ask our community of genealogists a question.
Sponsored Search by Ancestry.com
DNA
No known carriers of Frederic's ancestors' DNA have taken a DNA test. 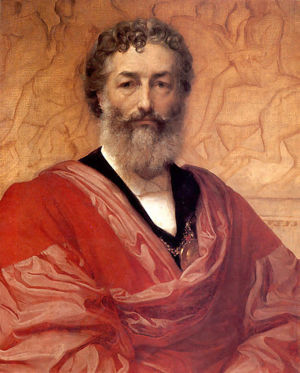 Cimabue's Celebrated Madonna carried in Procession through the Streets of Florence 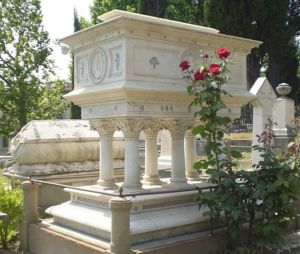 An Athlete Wrestling with a Python 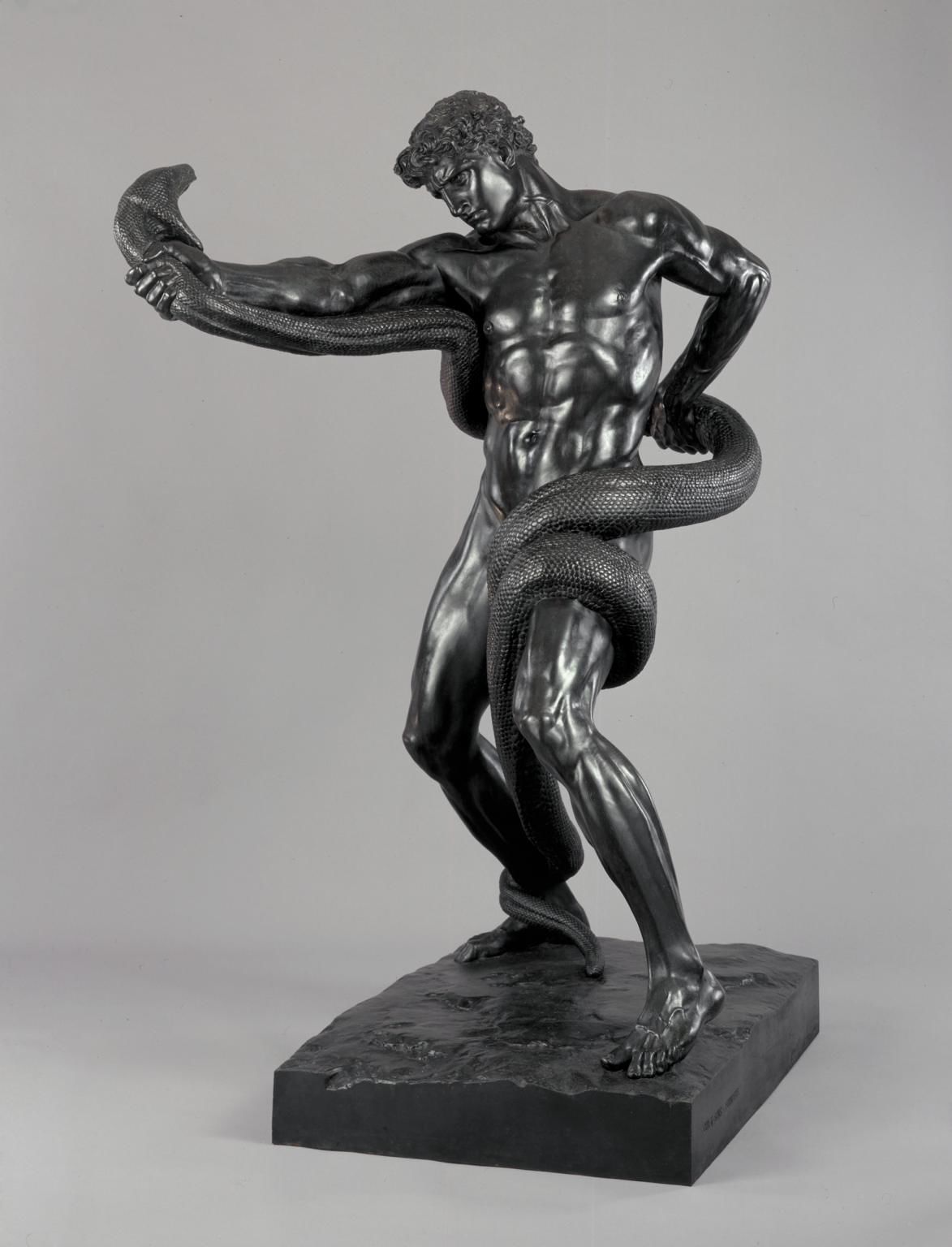