Peter Leiker is a Volga German.

Peter was 1 of 5 scouts who came from Russia in 1874 to inspect prospects of life in America. After departing Hamburg Germany on board the S.S. Schiller and landing in New York, NY on July 15, 1874, they met a land agent, more then likely someone associated with a railroad company, and traveled by way of Chicago, Omaha, Lincoln and then to Sutton County, Nebraska. They took back with them soil and prairie grass samples and gave a glowing account when they returned back to Russia of what they found out on their trip. Other scouting groups came to America at later dates and checked out land that was available in other areas of Kansas and Arkansas.

July 8, 1876 Peter and family left Saratov Russia along with founders of Munjor and scouts Anton Wasinger and Peter Stecklein on the Hamburg-American Line. After landing in New York August 3rd, they immediately headed westward traveling to Topeka and then to Herzog, Kansas, and within a few days moved to a tract of land along Big Creek and after 2 months moved to Section 25, Range 18 in Wheatland Township which is now Munjor, Kansas.

Saint Francis Cemetery,
Munjor, Ellis County, Kansas
Find A Grave: Memorial #28444630
Peter's iron cross grave marker is in the east section of the Munjor cemetery, approximately 10 grave markers north of the crucifixion scene in the center of the cemetery. (75’ north and 2 rows east of the center crucifix). Click here for [3] photo.

ask our community of genealogists a question.
Sponsored Search by Ancestry.com
DNA Connections
It may be possible to confirm family relationships with Peter by comparing test results with other carriers of his Y-chromosome or his mother's mitochondrial DNA. However, there are no known yDNA or mtDNA test-takers in his direct paternal or maternal line. It is likely that these autosomal DNA test-takers will share DNA with Peter: 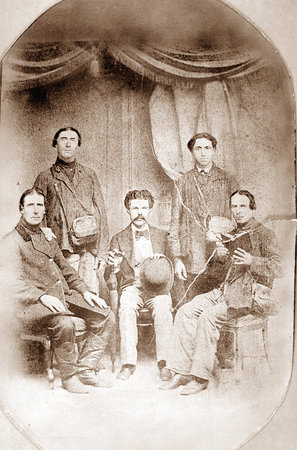 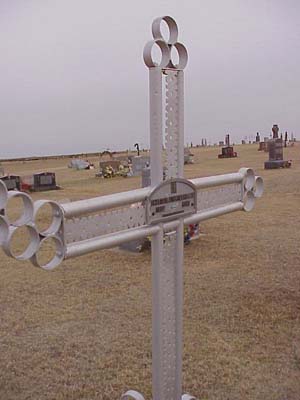 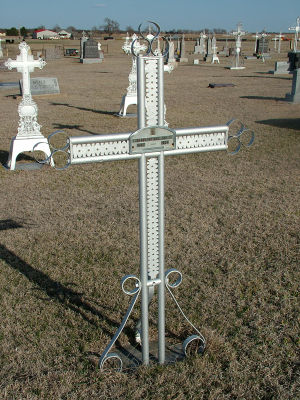 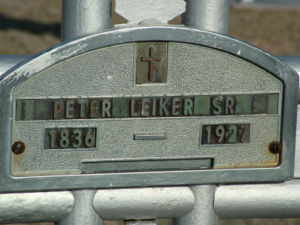 Peter is 27 degrees from Laurie Giffin, 32 degrees from Toni Morrison and 25 degrees from Henry VIII of England on our single family tree. Login to find your connection.