John Winston Lennon was born on 9 October 1940 in Liverpool Maternity Hospital in Liverpool, England, to his parents, Alfred Lennon and Julia Stanley.[1][2] His father was a merchant seaman, and wasn't home at the time of his birth. While his father visited and sent regular paychecks for the first years of John's life, he stopped in February 1944, at which time he disappeared. When Alfred finally showed up months later in July, John's mother had already begun a new relationship with another man and was pregnant. She rejected Alfred's proposal to renew their relationship, but they never legally divorced.

Soon after this, Julia's sister, Mimi Smith, complained to Social Services that a small child was sleeping in the same bed as Julia and her lovers, and Julia turned John over to her to raise. While living with Aunt Mimi, John was visited by his father. In July 1946, Alfred took John intending to leave for New Zealand with him, but Julia and her latest boyfriend Bobby Dykins followed him and fought over his custody. John initially chose his father, but as a five year old he was torn between two parents and in the end chose to stay with his mother.

He returned to the home of George and Mimi Smith and continued to be raised by them. Uncle George and John's mother Julia helped to guide him in his love of music from an early age. His uncle died in 1955 when John was almost 15 and his mother continued after this to foster his musical talent. In 1956 she bought him his first guitar. In 1958, on the way home from the Smith home, Julia was struck by a car and killed.[3]

Through all of his personal changes, John began to branch out on his own. He formed a band at the age of 15 called The Quarrymen. In 1957, he asked Paul McCartney to join the band. George Harrison would later join the band as well. And in 1960, Lennon, McCartney, Harrison, Pete Best on drums, and bassist Stuart Sutcliffe became The Beatles. By 1962, Sutcliffe had been replaced with McCartney and Ringo Starr on drums, and the Fab Four were officially formed.

While all this was happening (around 1957), John began seeing Cynthia Powell. The two became an item, and in 1962 they discovered that Cynthia was pregnant. They were married in August of 1962, and were encouraged by The Beatle's manager to keep the marriage a secret.[4] Julian Lennon was born on 8 April 1963 while The Beatles were on tour and in the midst of "Beatlemania", and John didn't get to see his son until he was three days old.

The Beatles were a big hit, and created album after album, touring between them for several years from 1962 to 1966. Their popularity soared and John and Cynthia seemed to enjoy the time together. But in 1965–1966, John met Yoko Ono and she began to come between them. After 1967, The Beatles stopped touring and focused on producing albums. Yoko seemed to bring out the activist in Lennon, as the two of them were often seen together in Vietnam War protests after they met (between 1968–1970). On 8 November 1968, John and Cynthia's relationship ended in divorce.

On November 21, 1968 Yoko had a miscarriage. They named the boy John Ono Lennon II and buried him in a secret location.[5]

John and Yoko were married on March 20, 1969 in Gibraltar.[6] Lennon decided to leave The Beatles in September 1969, but agreed to keep his departure a secret. By April 1970, Paul had released his first solo album, making the whole breakup of The Beatles public and the secret was out. John began his own solo career, and released his own first solo record with Yoko accompanying him on the tracks. He also did some concert tours, although the majority of these ended around 1972.

John and Yoko began to drift apart, and he started a relationship with May Pang for a short time in 1973, known as the "Lost Weekend".[7] After a while, Yoko stepped back into his life, and they resumed their marriage (late 1974), although Yoko agreed to allow May to remain as John's mistress. Yoko became pregnant, and on 9 October 1975 Sean Lennon was born. At the same time, John continued his solo career, having a number of hit songs. But by 1977, he formally announced his retirement, wanting to spend more time with his family.[7]

After a few years, he began making music again and in October 1980, he had a new hit record. He began plans for a new album and then tragedy struck. Lennon was shot four times in the back by Mark David Chapman on 8 December 1980 at age 40, as he and Yoko were returning to their apartment in New York.[1] He was rushed to the emergency room but pronounced dead on arrival. His body was cremated and the ashes spread over Central Park.[1] That area of the park is now known as "Strawberry Fields".[1] His memory lives on in the music he made as well as the impact he left of people who continue to buy merchandise inscribed with his words and images.[7][8][9][10][11] Much of his continued posthumous fame is due to the efforts of his widow.[7] 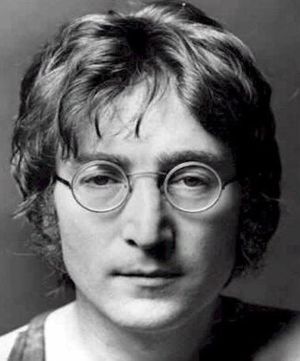 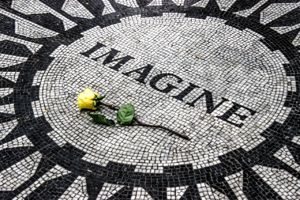 Cynthia and John's only son was Julian.

We plan on featuring John as the Example Profile of the Week in the Connection finder on October 9th. Between now and then is a good time to take a look at the sources and biography to see if there are updates and improvements that need made, especially those that will bring it up to WikiTree Style Guide standards. I will check on the profile closer to the week we'll feature it and make changes as necessary.

Jillaine Smith
There are two sons named John Lennon attached , born/died in the 1960s but they are not mentioned in the narrative. Please clarify.
posted Oct 11, 2018 by Jillaine Smith

Lisa (Kelsey) Murphy
His aunt Mimi told him music was not a job, "The guitar's all very well John, but you'll never make a living out of it", he just kept playing while sitting on her porch. At one point all he had was a cheap harmonica and a ticket for the bus. He played his way across the country and made it to Scotland. When he made it big, he led the world by example by singing about peace and changing what rock was. When J Edgar Hoover had his phones tapped and was keeping constant tabs on him he chose to handle those against him by, as he put it, "you hust have to keep singing your song".