Gen. Charles Lennox was a member of the aristocracy in British Isles.

Charles Lennox was born 18 May 1701 at Goodwood, the only son of Charles Lennox, 1st Duke of Richmond, and Anne Brudenell. Having joined the army he became a captain in the royal regiment of horse guards. In 1722, still styled Earl of March, he was elected M.P. for Chichester and Newport, but sat only for Chichester.

To cancel a gambling debt between his father and the Earl of Cadogan, at the age of 18, he was married in The Hague on 4 December 1719 to Lady Sarah Cadogan, the Earl's daughter. As soon as the marriage had taken place, the Earl of March was taken by his tutor to tour the continent. After three years he returned to England. As he had no high regards for the wife he had hardly seen, he was in no hurry to go and see her and on his first night he went to the theatre. Here he fell in love with a beautiful young lady and, when he asked who she was, he was told she was Lady March, his own wife. They remained in love for the rest of their lives and became the parents of twelve children.

In 1723 he succeeded to his father's titles. He was aide-de-camp to both George I and George II and at the coronation of George II was made Lord High Constable of England for the day. A week after the coronation he was made a lord of the bedchamber. When his grandmother the Duchess of Portsmouth died, he succeeded to the French Dukedom of Aubigny, and a while later was appointed master of the horse. He became a member of the privy council as well as a supporter of Walpole. In the King's quarrel with his eldest son he was used as an intermediary.

Horace Walpole described how, at a ball in 1741, the two beauties were Charles Richmond's daughters, Lady Caroline and Lady Emily Lennox, while Charles Richmond sat with his wife, Lady Sarah, all night kissing her hand.

Richmond was made major-general in 1742 and was present at the battle of Dettingen; on 6 June 1745 he was promoted to lieutenant-general. In the same year he went with the Duke of Cumberland on his expedition against the Jacobites. He went to France in August 1749 to visit his estates. He died 8 August 1750 and, according to a grandson, his wife grieved so much that she died 25 August 1751. Charles is buried in Chichester Cathedral, England.

Thank you to Barry Meadows for creating Richmond-913 on 10 Nov 13. Click the Changes tab for the details on contributions by Barry and others.

ask our community of genealogists a question.
Sponsored Search by Ancestry.com
DNA Connections
It may be possible to confirm family relationships with Charles by comparing test results with other carriers of his Y-chromosome or his mother's mitochondrial DNA. Y-chromosome DNA test-takers in his direct paternal line on WikiTree: It is likely that these autosomal DNA test-takers will share some percentage of DNA with Charles: 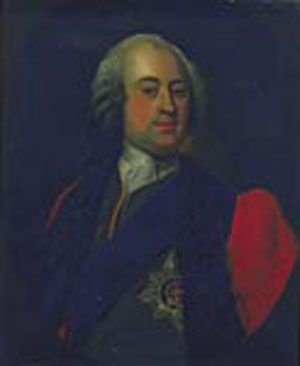 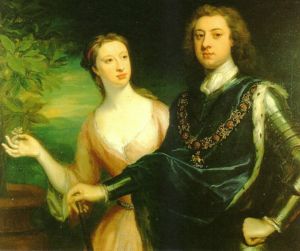