John Lenox-Conyngham was born in Ireland.

Lt Col John Lenox-Conyngham was Killed in Action during World War I.

Jack joined the army in January 1881 as a Second Lieutenant and was soon promoted to First Lieutenant.

They had no children.

In the Ireland census of 1911 Jack and his wife Violet (along with two servants) were recorded Curragh Military Camp (Kildare, Kildare), Ireland.

He retired from the Army on half pay in January 1912.

He attained the rank of Commanding Officer of the Connaught Rangers 6th Battalion, a new volunteer Battalion, which was formed at Kilworth, County Cork in September 1914, and assigned to the 47th Brigade 16th Irish Division.

Lieutenant Colonel Jack Staples Molesworth Lenox-Conyngham died on September 3, 1916 in Guillemont, France while leading the VI Battalion Connaught Rangers to the Front armed only with an ancient revolver. He is buried at the Carnoy Military Cemetary near Albert, France.[1] 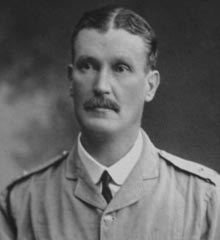 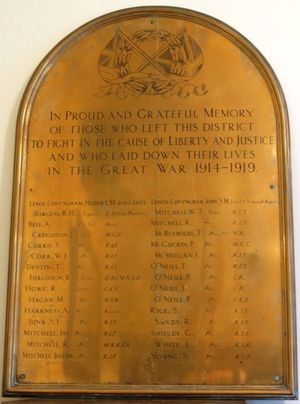 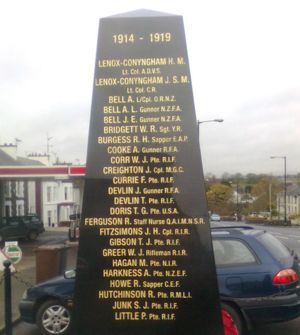 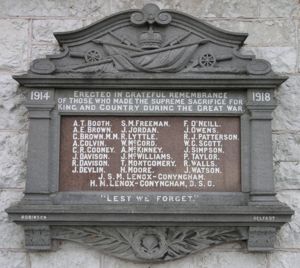