George (Leveson-Gower) Sutherland-Leveson-Gower was a member of aristocracy in British Isles.

Adapted from the article: http://en.wikipedia.org/wiki/George_Sutherland-Leveson-Gower,_2nd_Duke_of_Sutherland

His father died in 1833, only six months after being created Duke of Sutherland by William IV for his support of the Reform Act 1832, and so this new title devolved on his eldest son. His mother, who was 19th Countess of Sutherland in her own right, died in 1839, and so her ancient Scottish title passed to George, who also became 20th Earl of Sutherland. As a result, the two titles became united in the same person until 1963. It was the 2nd Duke who assumed the additional surname of Sutherland so that his family name became Sutherland-Leveson-Gower.

Between 1806 and 1808, Earl Gower travelled in Prussia and Russia. During the Prussian campaign against Napoleon's French forces, he spent time at the Prussians' general headquarters.

After returning from Europe, Earl Gower entered the Commons as M.P. for the Cornwall rotten borough of St Mawes in 1808. In 1812, he transferred to sit for the Staffordshire borough of Newcastle-Under-Lyme, until 1815, when he stood to become one of the county M.P.s for Staffordshire, sitting until 1820.

He was also Lord Lieutenant for the County of Sutherland from 1831 until his death, was appointed High Steward of the Borough of Stafford in 1833, and was Lord Lieutenant of Shropshire from 1839 to 1845.

Sutherland was partially deaf and, therefore, decided not to play a very active part in politics, which was the path well worn by his contemporary peers. Instead, he expended his energies spending some of his vast wealth which he inherited from his father on improving his homes. In 1845, he employed Sir Charles Barry to make vast alterations to Dunrobin Castle. Barry transformed the place into the 189 room ducal palace seen today. In addition to Dunrobin, the Duke also had Barry completely remodel his Staffordshire seat of Trentham Hall, Cliveden House in Buckinghamshire, and the family's London townhouse, Stafford House, which was the most valuable private home in the whole of London.

The Duke died, aged 75, at Trentham Hall in Staffordshire, one of his English mansions. He is buried at St George's Church Cemetery, Telford, Shropshire.

ask our community of genealogists a question.
Sponsored Search by Ancestry.com
DNA Connections
It may be possible to confirm family relationships with George by comparing test results with other carriers of his Y-chromosome or his mother's mitochondrial DNA. However, there are no known yDNA or mtDNA test-takers in his direct paternal or maternal line. It is likely that these autosomal DNA test-takers will share DNA with George: 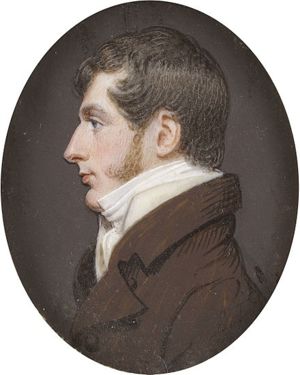 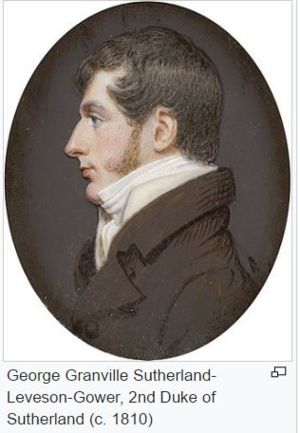 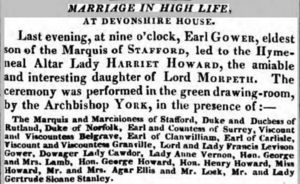