Francis Lewis Esquire was a Founding Father in the American Revolution

Francis Lewis (March 21, 1713 – December 31, 1802) was a signer of the United States Declaration of Independence as a representative of New York.

Francis Lewis, was born in Wales, United Kingdom, as the son of Morgan Lewis and Anne Pettingale. Both his parents died by the time he was just five years old, he was raised by a maiden maternal aunt who was an intelligent and compassionate woman, who made sure that he acquired quality education. He received education in Scotland where he learned Gaelic, and later went to England for his higher education. There he attended Westminster School, a highly prestigious educational institution. He grew up to be a mature young man and entered mercantile business in London. Upon attaining the age of 21, he inherited some properties left by his father. He converted the properties into merchandise and traveled to New York in 1734. In New York, he entrusted his business partner Edward Annesley to sell a portion of the merchandise while he went to Philadelphia to sell the remainder. He returned to New York after two years. He travelled far and wide in order to expand his business he was taken as a prisoner by French forces. He secured a contract of supplying uniforms to the British during the French and Indian War. In August 1756, he was present at Fort Oswego when the fort was attacked by French forces. Lewis was taken as a prisoner along with others and sent to France. In 1763, he returned to the American colonies in a prisoner exchange, after seven years of captivity. He was given 5,000 acres of land in New York by the British government as a means of compensation for the lost years of his life. He re-established his business and by the age of 52 in 1765, he had become very rich and prosperous. took an early retirement to concentrate more on politics. Lewis migrated to America at a young age and his love for his adopted motherland was phenomenal. He was one of the earliest members of Sons of Liberty, a patriotic group that fought for the protection of colonial rights against the atrocities of the British Empire.

He was elected as a delegate in the First and Second Continental Congress. In May 1774, a Committee of Fifty was formed for protesting against the closing of the port of Boston. Lewis also joined the group, making it the Committee of Fifty-one. He was elected as a delegate to represent New York in the First and Second Continental Congresses in 1775. His experience as a businessman made him a valuable member of the congress; he was very generous in utilizing his vast wealth for the campaigning of political causes.He signed the Olive Branch Petition in July 1775, which was an attempt by the Continental Congress to reach a negotiation with the British government and to a void a full-blown war. By 1776, the American Revolution was in full swing with the patriots from the 13 colonies demanding for independence from the British rule. Due to lack of proper communication from the New York Provincial Congress, Lewis and other delegates from New York could not vote for independence on 2nd July. The vote in favour of independence was cast unanimously by the 12 other states, and the New York delegation received the authorization to participate with the other colonies. On 2 August 1776, he signed the Declaration of Independence along with many others. In 1778, he signed the Articles of Confederation which constituted independent America’s first constitution. He retired from public service in 1781.

Lewis married Elizabeth Annesley, the sister of his business partner Edward Annesley, in 1745. The couple had seven children, of whom only three survived to adulthood. Elizabeth Lewis was taken captive by British soldiers after the Battle of Brooklyn in 1776. She was kept in inhumane conditions and was released after months of imprisonment. She died in 1779. He spent his later years in the company of his children and grandchildren, and died on 31 December 1802 at the age of 89. [1]

Sponsored Search by Ancestry.com
DNA Connections
It may be possible to confirm family relationships with Francis by comparing test results with other carriers of his Y-chromosome or his mother's mitochondrial DNA. However, there are no known yDNA or mtDNA test-takers in his direct paternal or maternal line. It is likely that these autosomal DNA test-takers will share DNA with Francis: 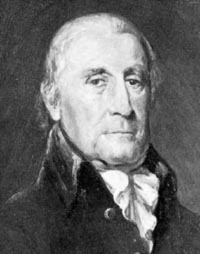