I am a product of long corridors, empty sunlit rooms, upstairs indoor silences, attics explored in solitude, distant noises of gurgling cisterns and pipes, and the noise of wind under the tiles. Also, of endless books. ― C.S. Lewis

Clive Staples Lewis was born on November 29, 1898 in Belfast, Ireland[1] to Albert James Lewis and Florence Augusta Hamilton. Albert was a lawyer and Flora was a mathematician.[2] He had a brother named Warren Hamilton Lewis.

When Lewis was four years old, his beloved dog, Jacksie, died as a result of being hit by a car. Moved by the death, Lewis made it known to his family that he would, thenceforth, not answer to any name but "Jacksie," but later allowed them to shorten the name to Jack. He would be known as Jack to his friends and family for the rest of his life.[3]

In 1907, the Lewis family moved to a home which Albert built for his wife, called Little Lea. Flora ensured that Jack was taught Latin, French, and English. It was in Little Lea that Jack wrote his first stories. Jack and Warren were very close companions and spent many days playing together, creating a private and magical world.[4]

C. S. Lewis wrote a number of books, several works of poetry, as well as editorials, essays, and the like. His most recognized works are The Chronicles of Narnia, Mere Christianity, his Space Trilogy, and The Screwtape Letters.

Lewis met Davidman through a series of letters. They became close friends due to their common intellect and interests.

Lewis began to suffer from inflammation of the kidneys in early June 1961. The inflammation resulted in blood poisoning. Due to his illness, he took a sabbatical from teaching that autumn, but as his health improved, he began teaching again in April. By early 1963, he seemed to have fully recovered, though on July 15, he again fell ill and was admitted to a hospital. On the evening of July 16, he had a heart attack, lapsed into a coma, and didn't wake up until early afternoon the following day. As a result of this event and due to his illness, Lewis resigned from his work at Cambridge in August. His health continued to decline and in mid-November, he was diagnosed with end-stage renal failure.

Just one week from his 65th birthday, on November 22, 1963, Clive Staples Lewis collapsed in his bedroom and died a few minutes later. He passed away approximately 55 minutes before the assassination of John F. Kennedy. Additionally, another English writer, Aldous Huxley, passed away the same day, which not only lessoned the amount of media coverage given to the death of Lewis, but also inspired a book, Between Heaven and Hell: A Dialog Somewhere Beyond Death with John F. Kennedy, C. S. Lewis, & Aldous Huxley by Peter Kreeft.[6]

He was buried in Holy Trinity Churchyard in Headington, City of Oxford, Oxfordshire, England. An inscription on the grave reads, "Men must endure their going hence." He is buried with his brother, Warren Lewis.[7][8] There are stained glass windows in the Holy Trinity Church that represent scenes from the Chronicles of Narnia.[9]

Is C. S. your ancestor? Please don't go away!

ask our community of genealogists a question.
Sponsored Search by Ancestry.com
DNA Connections
It may be possible to confirm family relationships with C. S. by comparing test results with other carriers of his ancestors' Y-chromosome or mitochondrial DNA. However, there are no known yDNA or mtDNA test-takers in his direct paternal or maternal line. It is likely that these autosomal DNA test-takers will share some percentage of DNA with C. S.: 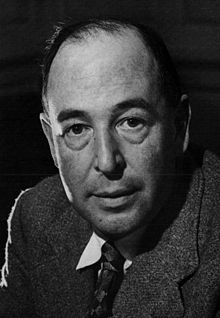 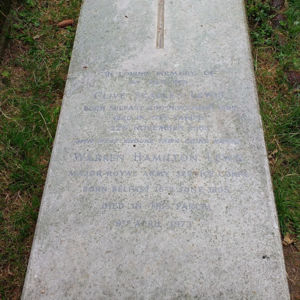