Harry Sinclair Lewis was born on February 7, 1885 in Sauk Centre, Minnesota.[1] When Lewis was only 6 years old, his mother passed away and his father remarried. Lewis began to read books at a very young age and often kept a dairy next to him. During Lewis's boyhood, he had to go through many hardships especially during school. Lewis was tall, thin, and had a lot of acne. Lewis didn't have the looks to impress girls in his school during his childhood. Lewis often ran away from his house and wanted to become a drummer boy for the Spanish-American War.

After Sinclair Lewis gratuated from Yale, Lewis would move from job to job, searching for something to write for publication and to escape boredom. Although Lewis was influenced by Main Street and Social Idealism, {Main Street?} which was a study of Idealism and reality in a narrow-minded small-town. Lewis never had mentors in his writing because he would usually get stories from his past childhood and from his diary but he praised Theodore Dreiser, Willa Cather, Ernest Hemingway. Lewis finally published his first book, Hike and the Aeroplane. Then the following year, Lewis married his first wife named Grace Livingston Hegger, who was an editor at Vogue magazine. Together, they had a son named Wells Lewis. Wells was named after a famous British author H.G. Wells, whose social ideas influenced Lewis.

After writing his first two novels and receiving his M.A in 1908, Lewis moved to Washington D.C. and devoted himself to literature. Lewis was a member of the Socialist Party for a short time. Many of his books became films such as Arrowsmith (1925) and Elmer Gantry (1927). Both movies earned many awards.

Lewis divorced his first wife, Grace Livingston Hegger and later married Dorothy Thompson, who was a political newspaper columnist. In the 1920s to the 1930s, Lewis focused on writing short stories and magazines. Lewis eventually won the Noble Prize in Literature in 1930. Lewis died in Rome on January 10, 1951 at the age of 65 from an advanced form of alcoholism.

Lewis's legacy lives on. Lewis was very important during this time period because he won the Nobel Prize in Literature in 1930, the first American to do so.

"Advertising is a valuable economic factor because it is the cheapest way of selling goods, particularly if the goods are worthless."

"What is love? It is the morning and the evening star."

Is Sinclair your ancestor? Please don't go away!

ask our community of genealogists a question.
Sponsored Search by Ancestry.com
DNA
No known carriers of Sinclair's DNA have taken a DNA test. 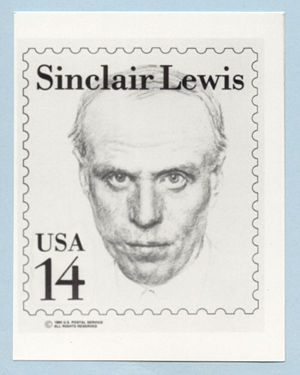 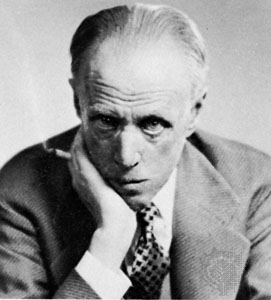 Leave a message for others who see this profile.
There are no comments yet.
Login to post a comment.
Kelly (Popp) Kley
He is a distant cousin I never knew I had! Wow!

Vincent Piazza
I've read that he was named after Upton Sinclair but I don't have a source for that off-hand (I'll look for it). His parents lived in a squat-situation with Upton Sinclair I think in New Jersey.
posted Feb 05, 2017 by Vincent Piazza
jesse quy
Biliography: