He was the son of Sir Roger de Lewknor of Horsted Keynes and his wife Sibyl. [1]

And by right of his 2nd wife:

Some genealogies show him married to a Joan D'Oyley, born 1313 in Gretworth, Northamptonshire, either in addition to, or in place of, Joan, shown above. No documentation has been found for such a person.

He is shown in some genealogies as being married to Beatrice Hoo, b. Crecy, 1354, d. 1375. This is probably a reference to Sir Thomas Lewknor who is referenced as the father of one or more daughters named Beatrice, [2] but who himself has not been placed in relationship to other Lewknors. [3]

Richardson reports no issue of the marriage of Thomas and Agnes and reports that Thomas and Joan had two sons, Roger and John, and one daughter, Katherine.[1]

Robertson's 1893 work Stemmata [3] names Thomas and John as children and adds Margaret to the list of known children.

Not verified and not linked

This page has been edited according to Style Standards adopted by January 2014. Descriptions of imported gedcoms for this profile are under the Changes tab. 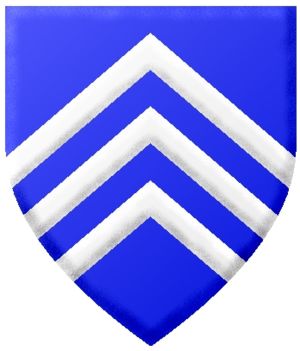 Jack Day
Do any of you who are managers have documentation for any of the people shown on this profile? Currently Thomas is shown with 3 wives and 10 children; Richardson (Royal Ancestry, 2013) , which is currently the best compilation going shows him with 1 wife and 3 children. Several merges are needed here and some children de-linked from Thomas, but it is impossible to know which facts are correct and which are incorrect without any documentation! I'm trying to review and certify this Magna Carta line, but can't pass on this Thomas until we are sure of the facts.
posted Jun 28, 2015 by Jack Day

Thomas is 22 degrees from Danielle Liard, 20 degrees from Jack London and 9 degrees from Henry VIII of England on our single family tree. Login to find your connection.