Robert T. Lincoln was the sole surviving child of President Abraham Lincoln and a major political force during the 1870s through the early 20th century. Robert went by "Robert T. Lincoln", never himself using his full middle name.

After graduating from Harvard University and returning to begin study for his his law degree, he left law school to serve in the US Union Army during the early months of 1865 as a junior officer on General U.S. Grant’s staff. Captain Lincoln was present at Appomattox Courthouse with General Grant when General Robert E. Lee surrendered, and accompanied Grant back to Washington.

Robert was by his father's bed when he died. After President Lincoln's assassination in April 1865, Robert moved with his mother, Mary (Todd) Lincoln and brother, Tad, to Chicago where Robert earned his law degree in 1867. By September 1868, Robert married Mary Eunice Harlan (25 September 1846 to 31 March 1937).

In 1871, his younger brother, Tad Lincoln, died of tuberculosis in Chicago.

In 1871 under President Hayes, Robert was offered the position of Secretary of State, which he turned down.

Under President Garfield, he did accept the position of Secretary of War, serving from 1881 to 1885 (which included serving with President Chester Arthur after Garfield's death). Robert Lincoln was present at the scene when Garfield was assassinated on 02 July 1881.

Back in Illinois around 1887, he helped establish the Illinois Industrial Training School for Boys in Norwood Park, for neglected boys. The school was later expanded to include girls.

Under President Benjamin Harrison, Robert served as the U.S. Minister (Ambassador) to Great Britain from 1889 to 1893. While in London, England, in March 1890, Robert’s only son, Jack, died of blood poisoning at the age of 16.

After living in England, Robert returned to Chicago, Illinois to practice law. In the mid-1890s, he was general law counsel and later President and then Chairman of the Board in 1911 for the Pullman Palace Car Company until retiring in 1922.

On 06 September 1901, Robert was en route to Buffalo, NY where President William McKinley was shot.

He and his family had their home "Hildene" in Vermont in 1911, an escape from Chicago. In May 1922, Robert was present for the dedication of the Lincoln Memorial in Washington, DC, with President Warren Harding.

In spite of serving in the US Government at different times, "out of obligation" as he saw it, Robert had no interest in ever running or becoming a politician or US President despite a number of efforts to draft him for nomination.

Robert T. Lincoln’s two surviving daughters did marry. Jessie Harlan Lincoln Beckwith had two children (a son and a daughter). Neither of these two grandchildren ever had children of their own. The other daughter, Mary Lincoln, had one son, who married but never had children.

After 1985 with the death of the last grandchild of Robert T. Lincoln, there were no descendants of Robert Lincoln or his father, President Abraham Lincoln.

Robert T. Lincoln made his own history and mark in American history and not just in the shadow of his great father.


Memories: 1
Enter a personal reminiscence or story.
M. (Stewart) H.
Since when was a Lincoln crest included for the Lincoln family?

Robert's father Abraham came from a poor family who originated in KY. Where is the documentation of where this crest came from?

posted 11 Feb 2014 by M. (Stewart) H.   [thank M.]
Login to add a memory.
Sponsored Search by Ancestry.com
DNA Connections
It may be possible to confirm family relationships with Robert by comparing test results with other carriers of his Y-chromosome or his mother's mitochondrial DNA. However, there are no known yDNA or mtDNA test-takers in his direct paternal or maternal line. It is likely that these autosomal DNA test-takers will share some percentage of DNA with Robert: 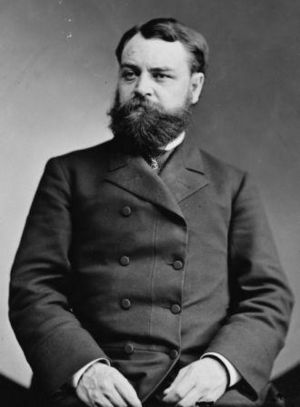 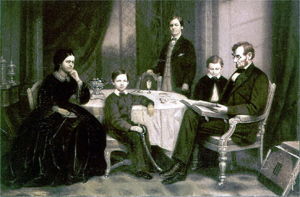