© Lincoln was the 16th president of the United States and one of the great American leaders. His presidency was dominated by the American Civil War.

Abraham Lincoln was born on 12 February 1809 near Hodgenville, Kentucky. He was brought up in Kentucky, Indiana and Illinois. His parents were poor pioneers and Lincoln was largely self-educated. In 1836, he qualified as a lawyer and went to work in a law practice in Springfield, Illinois. He sat in the state legislature from 1834 to 1842 and in 1846 was elected to Congress, representing the Whig Party for a term. In 1856, he joined the new Republican Party and in 1860 he was asked to run as their presidential candidate.

In the presidential campaign, Lincoln made his opposition to slavery very clear. His victory provoked a crisis, with many southerners fearing that he would attempt to abolish slavery in the South. Seven southern states left the Union to form the Confederate States of America, also known as the Confederacy. Four more joined later. Lincoln vowed to preserve the Union even if it meant war.

Fighting broke out in April 1861. Lincoln always defined the Civil War as a struggle to save the Union, but in January 1863 he nonetheless issued the Emancipation Proclamation, which freed all slaves in areas still under Confederate control. This was an important symbolic gesture that identified the Union's struggle as a war to end slavery.

In the effort to win the war, Lincoln assumed more power than any president before him, declaring martial law and suspending legal rights. He had difficulty finding effective generals to lead the Union armies until the appointment of Ulysses S Grant as overall commander in 1864.

On 19 November 1863, Lincoln delivered his famous Gettysburg Address at the dedication of a cemetery at the site of the Battle of Gettysburg, a decisive Union victory that had taken place earlier in the year.

In 1864, Lincoln stood for re-election and won. In his second inaugural address, he was conciliatory towards the southern states.

On 9 April 1865, the Confederate general Robert E Lee surrendered, effectively ending the war. It had lasted for more than four years and 600,000 Americans had died. Less than a week later, Lincoln was shot while attending a performance at Ford's Theatre in Washington DC and died the next morning, 15 April 1865. His assassin, John Wilkes Booth, was a strong supporter of the Confederacy.

Abraham Lincoln [1]was the son of Thomas Lincoln and Nancy Hanks. The Lincolns are thought to have been of English descent with many ancestors being of Puritan or Quaker beliefs. Like many other colonial families, the Lincolns were farmers. Oldest paternal ancestor is Robert Lincoln Jr. (abt 1525 - Jan 1556).

Of the four children of Abraham Lincoln and Mary Todd only Robert Todd Lincoln ever married and had children.[2] There are ten known descendants of Lincoln.[2]

The family line is believed to have been extinct since its last undisputed descendant, Robert Todd Lincoln Beckwith, died on December 24, 1985 without any children. Robert's second wife did have a son, named Timothy Lincoln Beckwith, whose legitimacy has never been proven.[2]

As the life of Abraham Lincoln has been thoroughly examined and chronicled by a wide pantheon of authors with an equally wide number of points of view and agendas, this biography will primarily focus on the genealogical benchmarks throughout Lincoln's life. A selection of these biographies is provided for further reading at the bottom of the profile.

1818 October 5[12][3]Nancy Lincoln - Abraham's mother - dies from milk sickness, although several other causes of death have been hypothesized.

1832 April 21[15] Enlisted and was made captain of the 4th Regiment of Mounted Volunteers, 31st Regiment Sangamon County, 1st Division, Illinois Militia.[16][3][4] He served during the Black Hawk War but saw no combat.

1833 May 7[17][3] Appointed postmaster of New Salem, Illinois by President Andrew Jackson. Served in this post until the office closed on 30 May 1836.

1836 September 9[12][3] Admitted to the Illinois State Bar and licensed to practice law.

1839 November 1 Signed into record by President Martin Van Buren that Abraham had purchased 47 acres of land through the Springfield, Illinois Land Office.[18]

1842 Abraham lived near Nauvoo, Hancock County, Illinois, USA.[19] (This was at the same time Joseph Smith and the Mormons were in charge of Nauvoo, including raising their own militia and declaring a martial state.)

1846 August 3[12] Abraham elected to US House of Representatives.[3][4] He was a congressman during the Mexican American War.

1850 According to the census record lived in Springfield, Sangamon County, Illinois, USA with his wife Mary and son Robert.[9]

1860 According to the census record lived in Springfield, Sangamon County, Illinois, USA.[10]

"His great achievement, historians tell us, was his ability to energize and mobilize the nation by appealing to its best ideals while acting "with malice towards none" in the pursuit of a more perfect, more just, and more enduring Union. No President in American history ever faced a greater crisis and no President ever accomplished as much." [28]

The greatest legacies of our 16th president include:

Sponsored Search by Ancestry.com
DNA Connections
It may be possible to confirm family relationships with Abraham by comparing test results with other carriers of his Y-chromosome or his mother's mitochondrial DNA. However, there are no known yDNA or mtDNA test-takers in his direct paternal or maternal line. It is likely that these autosomal DNA test-takers will share DNA with Abraham: 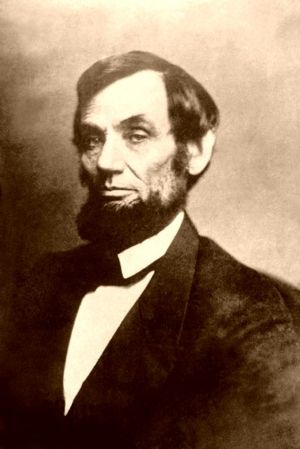 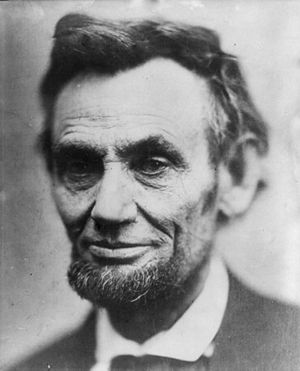 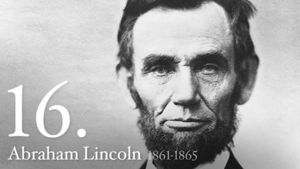 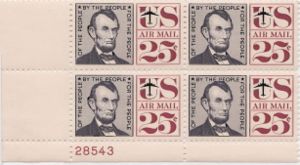 Lisa (Kelsey) Murphy
speach. It had 271 words and five of them were were his most powerful and important. "All Men Are Created Equal"

He went on to pass a law to end slavery in America and free the people, then the Civil war was ended.

He found that one of the greatest strengths is in standing up for whats right and for others who need help.

Lisa (Kelsey) Murphy
him. What upset him was that the other guy had cheated and broke the rules of the fight for those days. The group surrounded him and dared him to fight them all. He stood tough and they knew he would fight each of them if he had to. They gained a new respect for him.

Years later he saw a boat with slaves chained together on it. He did not do anything that day but it haunted him that people were treated like that.

He went on to lose 4 elections before he became president. The Civil War was looming. He knew that if soeone needed help it was bad to look away and not stand up. He had to stand up.

Gettysburg was where the side he was on would be recharged. The main speaker gave an almost 2 hour speach. People were going to give up before this event. Abe went on stage with a 2 minute

Lisa (Kelsey) Murphy
He cared for all creatures even when he was little. At 10 he saw some boys putting hot coals on turtles to make them run faster. He knew he had to be brave and stand up for the turtles as they could not do it themselves.

At that time not many people knew how to write. He did however and it was shortly after the turtle incident he wrote one of his first essays. The topic was how it is wrong to be cruel to animals.

He loved books so much he would go to great lengths to get one, even walking 6 miles for one. One of his favorites was about George Washington.

At the age of 22 he encountered the Clary's Grove boys. They were bullies in Illinois where he had just moved. He did not like bullies and ended up in a wresting match with the leader, Jack Armstrong. He lost but that did not upset

Shirley Davis
Lincoln, the Power of Pardon, and the 1862 Sioux Uprising Roger Billings

Join our upcoming lecture, "Lincoln, the Power of Pardon, and the 1862 Sioux Uprising," About this lecture:

Lincoln's experience with Native Americans before the Civil War was scant. An Native American murdered his grandfather; he volunteered to serve in the Blackhawk War in Illinois. That's all. Then came the 1862 Sioux Uprising in Minnesota, which resulted in the deaths of hundreds of settlers and interrupted Union Army recruitment. After the Sioux defeat, 303 Sioux prisoners were condemned to death by a military tribunal. Lincoln stayed their execution until he could review their files. Ultimately he spared all but 38. What followed was the largest mass execu

Reverend John McCutchen Berry our great-great-grandfather's great-uncle and his son William, our 1st cousin 5 times removed, opened the Berry-Lincoln Store New Salem, Illinois in 1833. The close family ties that our Berrys had with Abraham Lincoln are well documented and indisputable. The cousin relationship through Rebecca Berry, is further evidence of these bonds.

The Rev. John McCutchen Berry is known to us, of course, mostly as the pastor at Rock Creek Cumberland Presbyterian Church and father of Abraham Lincolns partner in the stores. In August 1832, Abraham Lincoln entered his position as a storekeeper with William F. Berry.

Loretta (Lynn) Layman
President Lincoln was the only child who survived to adulthood. However, he did have a sister. In an 1846 letter to Andrew Johnston, Lincoln talked about a visit to his childhood home : "I went into the neighborhood in that state in which I was raised, where my mother and only sister were buried ..." Lincoln reportedly also had a brother named Thomas who died in infancy, but I haven't seen a source for that.

Perhaps the best source for Lincoln is http://www.thelincolnlog.org/ which includes a chronology compiled by the Lincoln Sesquicentennial Commission, along with corrections and additions by the Illinois Historic Preservation Agency and the Abraham Lincoln Presidential Library and Museum.

Abraham is 15 degrees from Mary McCauley, 19 degrees from B. W. J. Molier and 14 degrees from Henry VIII of England on our single family tree. Login to find your connection.