Anna Marie Linenberger was born 15 October 1864, Herzog, Susly, Russia, she died 5 May 1957, Denver, Colorado. She was buried at Elmwood Cemetery in Brighton, Adams, Colorado. In the St. Fidelis Cemetery, on the iron cross marking John F. Knoll's place of burial, her name is recorded.[1]

1. Her daughter Margaret said that her hair was so long, Anna could sit on it, when she died Anna only had a small ponytail of hair left.[10]

3. Anna wished to be buried in Kansas next to her husband, and there is a tombstone in the St. Fidelis cemetery, but her oldest daughter decided to bury her at Elmwood Cemetery in Brighton, Colorado, her grandson Daniel Kreutzer always wished that he could have fulfilled her wish.[13]

4. Anna came to America in 1892, March 10, with her husband John and six month old daughter Catherine. The Passenger List Facts: Arrival Date: 10 March 1892, Port of Departure: Bremen, Port of Arrival: New York, New York, Ship Name: 'Elbe', there are nine Knoll's listed: John--23--Farmer, Anne--20--Wife, Andrew-22--farmer, Andrew-2 yrs-child, Martin 6 months?-child, JOHN-22-FARMER, ANNE-22-NONE, CATHERINE-6 MONTHS-CHILD, BATHASAR-20-FARMER. On John's naturalization papers has 1892 arrival, the only problem would be the ages, yet because of Bathasar, John's brother, following after their names I suspect these are the right names. Their daughter Catherine died October 1892, the St. Fidelis records have her birth being September 1892, but I believe it should have been September 1891, which would have made her six months old in March of 1892.[14]

5. Anna was the only one of her sisters and brothers to come to America, although there were relatives who came to USA

6. Note: On the Knoll Forum, there is some misinformation concerning John and Anna Knoll. Because there was so many names similar, some records get mixed up. This family gets mixed up with another John who married several times. John and Anna Knoll were married only once, to each other, John died before Anna, and Anna never remarried.

ask our community of genealogists a question.
Sponsored Search by Ancestry.com
DNA Connections
It may be possible to confirm family relationships with Anna by comparing test results with other carriers of her mitochondrial DNA. However, there are no known mtDNA test-takers in her direct maternal line. It is likely that these autosomal DNA test-takers will share some percentage (beta) of DNA with Anna: 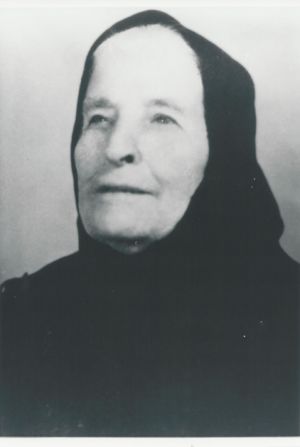 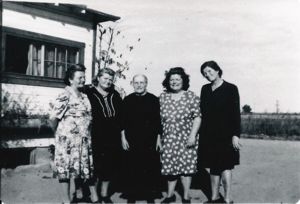