Lingelbach was active on the soccer and tennis teams during his time at Penn and was a member of the Zeta Psi fraternity. He was elected to the Sphinx Senior Society and the Phi Beta Kappa honorary fraternity in addition to being named valedictorian and Bowl Man of his graduating class.

Following graduation, Lingelbach briefly taught American History at William Penn Charter School in Philadelphia while taking courses in international law at Penn. He was named a Rhodes Scholar representing Pennsylvania in 1926, however, and left for the University of Oxford's New College where he studied international law until 1929. Lingelbach was admitted to the Pennsylvania Bar in 1930 and joined the firm of Morgan, Lewis, and Bockius the same year. He became a partner in the firm in 1941.

Lingelbach was inducted into the inaugural class of Penn's Athletic Hall of Fame in 1996 for being one of the University's all-time leading goal scorers in soccer and one of the driving forces behind Penn's wins in the 1923 and 1924 Intercollegiate Soccer Championships.

Lingelbach married Barbara Warden Strawbridge in 1933, with whom he had two sons and three daughters, and remained with her until her death in 1974. He remarried in 1979, to Alice Welsh Sailer Litchfield. Lingelbach died on January 8, 2001, at age 97.

William E. Lingelbach, 97, a prominent Philadelphia lawyer whose long career followed an impressive run as a star University of Pennsylvania athlete and Rhodes Scholar, died Monday at Chestnut Hill Hospital after suffering a stroke. Mr. Lingelbach, a member of two U.S. Olympic soccer teams and a champion amateur tennis player, was inducted into the University of Pennsylvania Athletic Hall of Fame in 1996. After earning a degree in international law as a Rhodes Scholar at New College, Oxford University, England, Mr. Lingelbach was admitted to the Pennsylvania bar in 1930. He joined the firm of Morgan, Lewis & Bockius that year, and he became a partner in 1941. He remained with the firm for 45 years but made his mark early as the legal wunderkind who helped bring Blue Cross to the Philadelphia area. "Directors of Blue Cross from Chicago would come to our house, and I can remember them sitting around the dining-room table until late at night sorting out the details," said Mr. Lingelbach's daughter, Anne Cook. Mr. Lingelbach served on Blue Cross' board of directors until 1987. Mr. Lingelbach and his first wife, Barbara Warden Strawbridge Lingelbach, raised their five children in an eight-bedroom fieldstone house in Chestnut Hill. The family often spent summers and other occasions in adored retreats in Squam Lake, N.H., and Camden, Maine. Barbara Lingelbach died in 1974 after 41 years of marriage. Mr. Lingelbach married Alice Litchfield Sailer in 1979. As a top student at the University of Pennsylvania in the 1920s, Mr. Lingelbach was a three-time all-American soccer player. At Oxford, he lettered twice in soccer and three times in tennis and was among the first Americans to simultaneously make teams for both sports at the school. He was a devoted advocate of the relatively little-known sport of court tennis, a predecessor of modern lawn tennis. He captured major amateur titles in the game and was the American and English doubles champion. "He was so tenacious," said Edward Noll, general manager of the Philadelphia Racquet Club, where Mr. Lingelbach was board president for 11 years. "Whether it was a friendly match at 5 o'clock or a national championship, he played the game the same way." Impressed by his stay in England, Mr. Lingelbach became a leader and longtime member of both the national and local chapters of the English-Speaking Union. In 1962, Queen Elizabeth II appointed him an Honorary Commander of the Most Excellent Order of the British Empire. Mr. Lingelbach's parents were both prominent Philadelphia-area scholars. His father, William Sr., was head of the history department at Penn, and his mother, Anna, taught Russian history at Bryn Mawr College. In addition to his wife and daughter, Mr. Lingelbach is survived by a son, Samuel; 12 grandchildren; and 12 great-grandchildren. He was preceded in death by son William E. in 1999 and daughters Barbara L. Shapiro in 1986 and Elisabeth S. L. Morton in 1990. Services will be held at 3 p.m. Saturday at St. Paul's Church, 22 E. Chestnut Hill Ave. Burial is private. Memorial contributions may be made to the French and Pickering Creek Conservation Trust, 3340 Coventryville Rd., Pottstown, Pa. 19465. 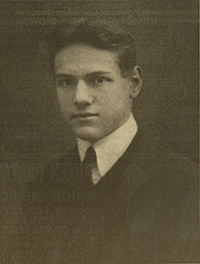 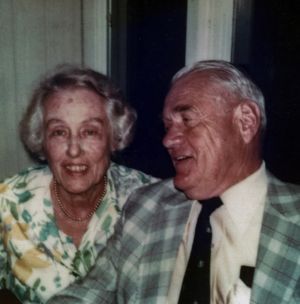 William is 20 degrees from Jaki Erdoes, 17 degrees from Wallis Windsor and 19 degrees from Henry VIII of England on our single family tree. Login to find your connection.