[send private message]
Profile last modified 2 Sep 2022 | Created 6 Jan 2010
This page has been accessed 9,655 times.
The Birth and Death Dates are a rough estimate. See the text for details.

She was the daughter of Robert Lisours of Sprotbrorough and his wife, Albreda de Lacy of Pontefract. [1] [2][3]

2nd Husband; William de Clairfait. Crawley’s Medieval Lands cites “Domesday Descendants” which records her second marriage but does not cite the corresponding primary source. [2] Baildon states that she was the wife of William de Clairfait "... a grant of lands in Billingley and elsewhere by Fulk de Lisoriis and Aubrey his wife and Robert their son, has the following note at the end of it: Aubrey, daughter ot the aforesaid Robert de Lisoriis confirmed this gift in this charter, adding that bovate of land in Ulecotes [Oldcotes, near Blyth] which Sparro held, … for the love of God, and for her soul and for the souls of her ancestors, William de Clarofagio, her husband, consenting." [5] Unfortunately, not able to see the original source to confirm. He also makes no mention of a marriage to Geoffrey de Cauz.

3rd Husband; Geoffrey de Cauz, married after 1168. This marriage is confirmed by the charter dated 12 Nov 1177 “which Geoffrey de Cauz had given to Aubrey de Lisuries his wife in dowry, one carucate of land in Roueston" [6]

South Yorkshire puts forward that William de Clairfait and William FitzGodric were the same man “that the full description of one her husbands was, Willielmus de Clarofagio filius Godrici” but unfortunately doesn’t cite where that description of Willlam came from. [4]

She had the following children with Richard FitzEustache

She had one son with William FitzGodric

In an undated charter, Albrede de Lisuresg gave the church of Adwyk or Athewyk [to Hampole Priory], and afterwards appropriated ; with free warren in Adwyk. Albrede de Lisures An annuity of a pound from Plomtree, near Scroby to this church [Melton] to buy oil for a lamp to burn, night and day, at the tomb of Maud, late wife to William Fitz-Williams, lord of Sprotburgh; which was confirmed to them by William Fitz-Williams, and by Roger, archbiship of York. This charter was later confirmed by her a great-grandson [11] [12]

To all, &c. William the son of William lord of Sproughbrough, greeting. You will know that I have inspected the charters and feoffments of my ancestors to God, and of beatse Marias, and to the nuns of Hanepole, who serve God there, made from different tenements in the counties of York. and Nottingham to wit, first of all, the charter of Aubrey de Lisours, testifying that the aforesaid Aubrey gave them the church of Athewiks. ... Moreover, I inspected the charter of William the son of William, son and heir of the said Aubrey de Lisours, testifying that the same William, son of William, confirmed the gift of his mother Aubrey, of the church of Athewyks, and of the annual rent of twenty shillings, from his rent at Plomtre, near Scroby, which he did indeed he granted the rent, to the pity of the said nuns, and to buy oil, so that one lamp, day and night, was constantly burning at the turn of Matilda, his late wife. ... Which concessions I the aforesaid William the son of William confirm, &c. Given in the year 147 Witnesses, lords, John of Eland, Roger of Newmarket, Thomas of Metham, knights, &c.

In 1194 Robert de Lacy, her grandson, accounted of £43 15s. of the scutage of his honour of Pontefract for the king's ransom, and the year following, in consequence of the agreement made with his grandmother. Albreda, gave the king a fine of 2,000 marks for livery of Robert de Lacy's honour of Clitheroe, with the lands and castles, except the castle of Pontefract, which the king retained in his own hand. [13]

She passed away after 1194, as she was not found in any later records. Most likely in Yorkshire.

Is Aubrey your ancestor? Please don't go away!

ask our community of genealogists a question.
Sponsored Search by Ancestry.com
DNA
No known carriers of Aubrey's DNA have taken a DNA test. 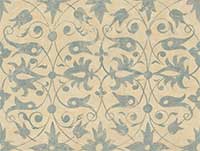