Ivo Livi, better known as Yves Montand, was an actor and singer.

Ivo Livi was born in 1921 in Tuscany. He was raised in Marseilles, France, where his family settled in 1923.

Montand achieved international recognition as a singer and actor, starring in numerous films. His recognizably crooner songs, especially those about Paris, became instant classics. During his career, Montand acted in a number of American motion pictures as well as on Broadway. He was nominated for a César Award for "Best Actor" in 1980 for I comme Icare and again in 1984 for Garçon! In 1986, the 65-year-old Montand gave one of his most memorable performances, as the scheming uncle in the two-part film Jean de Florette. The film was a worldwide critical hit.

In 1951, he married Simone Signoret, and they co-starred in several films throughout their careers. The marriage lasted until her death in 1985, although Montand had a number of well-publicized affairs, notably with Marilyn Monroe, with whom he starred in one of her last films, Let's Make Love.

Is Yves your relative? Please don't go away!

ask our community of genealogists a question.
Sponsored Search by Ancestry.com
DNA
No known carriers of Yves's ancestors' DNA have taken a DNA test. 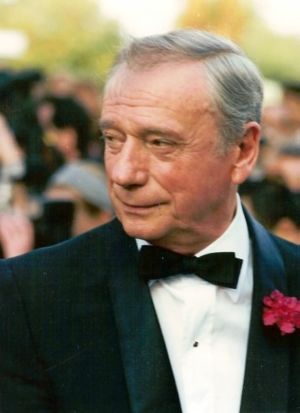