Lionel George was born in 1880. He is the son of George Logue and Lavinia Rankin.

Lionel George Logue (1880-1953), speech therapist, was born on 26 February 1880 at College Town, Adelaide, eldest of four children of South Australian-born parents George Edward Logue, clerk, and his wife Lavinia, née Rankin. Educated (1889-96) at Prince Alfred College, Lionel studied elocution with Edward Reeves who purged his voice of much of its Australian accent. In 1902 he became Reeves's secretary and assistant-teacher, and studied at the Elder Conservatorium of Music. He later worked on a gold mine at Kalgoorlie, Western Australia. At St George's Anglican Cathedral, Perth, on 20 March 1907 he married Myrtle Gruenert, a 21-year-old clerk.

Settling in Perth, Logue taught elocution, public speaking and acting. He staged plays, recited Shakespeare and Dickens at concerts, and founded a public-speaking club. He also taught part time at the Young Men's Christian Association, at Scotch College and, from 1910, at Perth Technical School. In the following year he toured the world. A Christian Scientist, Logue was dedicated to healing. In World War I he treated returned soldiers afflicted with speech impediments caused by shell-shock. Using humour, patience and 'superhuman sympathy', he taught them exercises for the lungs and diaphragm, and to breathe sufficiently deeply to complete a sentence fluently.

Logue practised at 146 Harley Street, London, from 1924: the fees paid by his wealthy clients enabled him to accept poorer patients without charge. In 1926 the Duke of York consulted Logue about his stammer. The therapist diagnosed poor co-ordination between larynx and diaphragm, and asked him to spend an hour each day practising rigorous exercises. The duke came to his rooms, stood by an open window and loudly intoned each vowel for fifteen seconds. Logue restored his confidence by relaxing the tension which caused muscle spasms. The duke's stammer diminished to occasional hesitations. Resonantly and without stuttering, he opened the Australian parliament in Canberra in 1927.

Using tongue-twisters, Logue helped the duke to rehearse for his major speeches and coached him for the formal language of his coronation in 1937. At Westminster Abbey on 12 May, wearing the M.V.O. decoration given to him by King George VI on the previous night, Logue sat in the apse to encourage him during the ceremony. Before the King's radio broadcast that evening, Logue whispered to him: 'Now take it quietly, Sir'. Logue was a founder (1935) of the British Society of Speech Therapists and a founding fellow (1944) of the College of Speech Therapists; a Freemason, he was speech therapist to the Royal Masonic School, Bushey. He retained his love of music and the theatre, and enjoyed walking and gardening. In World War II his practice shrank and he acted as an air-raid warden three nights a week.

The 'slow, measured pace' which he had afforded the King's diction proved affecting in His Majesty's wartime broadcasts and speeches. Elevated to C.V.O. in 1944, Logue was with the King for the V.E.-Day broadcast on 8 May 1945. Their friendship was 'the greatest pleasure' of Logue's life. After his wife's death that year, Logue took up spiritualism. Survived by his three sons, he died on 12 April 1953 in London and was cremated.[1]

Sponsored Search by Ancestry.com
DNA
No known carriers of Lionel's DNA have taken a DNA test. 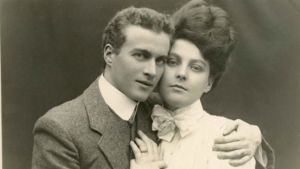 Commander of the Royal Victorian Order 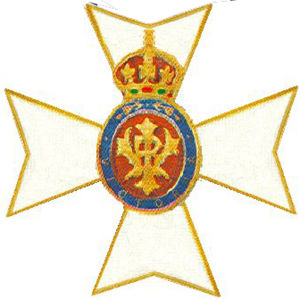 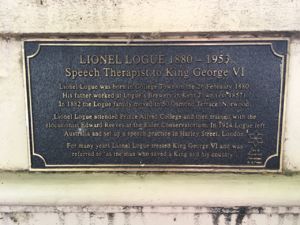 Lionel is 28 degrees from Danielle Liard, 30 degrees from Jack London and 27 degrees from Henry VIII of England on our single family tree. Login to find your connection.