Cecelia was born in 1872 in Alma City, Minnesota. (Maurice Herman DC) She was the daughter of Louis Londrosh and Mary St. Cyr.

Cecelia had the following children with Louis Herman:

Cecelia attended Carlisle Indian School in Carlisle, Pennsylvania. She entered school on 14 Nov 1883 at age 11, and graduated in 1889 at age 17. “After graduating at Carlisle in ’89, I attended the State Normal School at Millersville, Pa. for two years.” (File)

Enrolls Her Son at Carlisle

In a letter written from Winnebago, NE (5 Apr 1910) she tells a Mr. M. Freidman of Carlisle, Pa., "Dear Friend, While I was perfectly aware what a lapse of good manners it was to leave Carlisle without seeking you out, just at the time of my leaving, I felt so keenly, the impending separation from my dear son, that it seemed impossible for me to make the rounds demanded by common courtesy. I apologize, however, very sincerely, and take this occasion of thanking you for the privilege of visiting Carlisle, of placing my son there as a student, and for the kind hospitality shown me while [...] enjoyed it so much and I was so delighted to find the school so much improved, in every way. I felt that it was a very great privilege to be able to leave my son there to enjoy all the advantages for development in every line. In return for the great kindness shown me, I can but use any influence I may possess in assisting the school in securing students and in assisting any exstudents in any way possible. I have every assurance that my boy will be well cared for in every way, and that you and all of the instructors will do all in our power for his advancement. Thanking you once more and hoping that I may make some small return, I remain

Placed in her file is a clipping from a newspaper, The Arrow, which states, "Mrs. Cecilia Londrosh Herman, a Carlisle graduate of the class of 1889, is here for the commencement festivities. She brought her son Bernard, whom she has enrolled as a student and he has taken his place in Small Boys' Quarters. Mrs. Herman is a Winnebago, and the members of that tribe here at the school were glad to see her."

"I taught in the Government School at Winnebago Agency for one year. I was married on leaving the Indian Service and have since been engaged in caring for my home and family." (File)

1872 — her family resided in near Alma City, Waseca County, Minnesota, which is about 8 miles SE of the Winnebago Agency at St. Clair.

1882 — her mother remarried Jacob Russell, and the family moved to Winnebago, Thurston County, Nebraska. (Obit of Ashley A Londrosh)

1883 — on 14 Nov, she entered the Carlisle Indian Industrial School in Carlisle, Pennsylvania. (File)

1889 — having graduated from Carlisle Indian School, on 2 Sept, she enrolled in the State Normal School, Mechanicsville, Pennsylvania. She graduated on 30 June 1891. (File)

1907 — the family moved this same year to Winnebago, Nebraska. She is recorded as living there as late as 1911. (File)

She passed away on 7 September 1944 in Sioux City, Iowa. She is buried at Calvary Cemetery, Sioux City, Woodbury County, Iowa, USA. (Find a Grave)

Is Cecelia your ancestor? Please don't go away!

ask our community of genealogists a question.
Sponsored Search by Ancestry.com
DNA Connections
It may be possible to confirm family relationships with Cecelia by comparing test results with other carriers of her mitochondrial DNA. However, there are no known mtDNA test-takers in her direct maternal line. It is likely that these autosomal DNA test-takers will share some percentage of DNA with Cecelia: 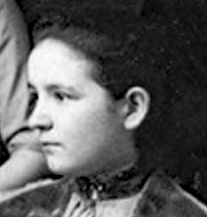 The Grave of Cecelia Londrosh Herman 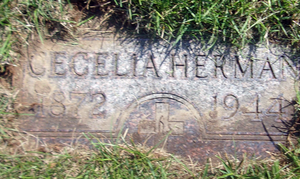 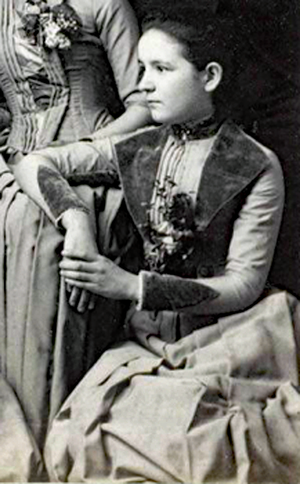 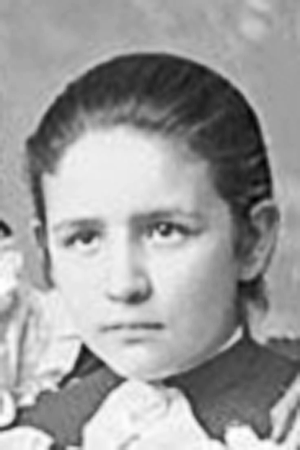 Announcement of the Graduation Ceremonies for the Class of 1889 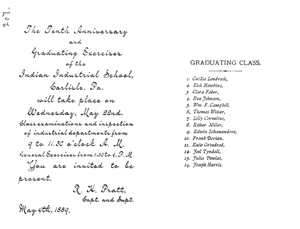