Dr. Crawford W. Long was deposed regarding the estate of John Williamson Jr. of Jackson County. Vouchers in court records show that he, and/or his cousin, John D. Long visited John Williamson's home at least five times in his last illness; Oct. 15, 17, 19, 21, & 22($35-total). John Williamson Jr. died October 25, 1849. His will, which favored the widow and his younger children, was quickly challenged by several older sons, and sons-in-laws(James B. Nabors et al). Dr. Long was questioned regarding John's mental capacity to make the document which was dated October 18th. Dr. C. W. Long's deposition was found among thousands of "loose papers"(Jackson County Court Records)at the Hargrett Library, main library, University of Georgia, Athens GA. It consisted of six pages; including interrogatories(both direct and cross)and Dr. Long's responses. The pages were not well organized-so I have chosen to give only a brief summary-with quotes [punctuation added; strike-outs, ommissions & insertions as interpreted].

"...that he attended as a physician, I was there on the 17th October at night, stayed until next morning with him. On the night of the 17th he had sufficent mind to answer questions rationally but was not able to sustain a connected conversation for any length of time and did not appear capable of confining his mind to any subject for any length of time, his recollection seemed most affected, after stating a particular symptom, he would in a few minutes refer to the same symptom as one which he had not previous(ly)mentioned to me. I remained with him until nine o'clock on(the)morning of(the)18th. His mind was in better condition in(the)morning than it was the night before". He further stated: "...I do not believe that he was capable of transacting any business requiring much effort of mind". ______________________

To cross questioning, he replied:

"...on(the)night of 17th of October last, I was at testator's, reached there about nine o'clock. I lay down between eleven & twelve o'clock & rose up about sun-up in morning". He continued: "...the testator on(the)night of 17th requested me to give him something to prevent him from having another chill, the testator gave his reason that he believed he would not be able to stand another chill.[Dr. J. D. Long testified that Crawford administered quinine that night] He continued: "On morning(of)the 18th, he informed me he wished to get ready enough to have some writing done, he did not state what kind of writing he wished done & he said nothing about what disposition he had made or intended making of his property". To the question of John Jr. asking him, "to go see & attend to his sick negroes(because)his wife was nearly run down", Dr. Long replied, "I have no recollection of testator ever telling any such thing". As to how long he remained with John Jr., he answered: "...I believe I remained with testator in(the)house from(an)hour to(an)hour and quarter, some of the sick negroes came in the house for me to examine them, (I)have no recollection of the testator saying anything to me about the sick negroes at(the)time".

When asked: "Did or not testator, when the family announced that breakfast was ready, tell you to go into the kitchen to breakfast & to help your-self", Dr. Long replied: "I do not recollect of the testator saying anything at that time". To another inquiry he replied: "The testator knew me and others that was about him". To whether John Jr. was "...able to get up & down without help"- he answered: "I did not see him out of the bed". And to this very direct question: "When you went to leave, did, or not, Micajah Williamson tell you that testator intended having his will made that day & ask you your opinion as to the state of his mind? If yea, did you or not tell him that he was in his right mind! & did this conversation not occur as you were going to the gate?" Dr. Long replied: "I have no recollection of any such conversation occuring". When asked about his association with John Jr., he answered: "I have met with testator occasionally during ten years past. I visited his family twice professionally previous to his last sickness and have stopped at his house several times, when passing, and testator has visited my shop occasionally".

Is Crawford your ancestor? Please don't go away!

ask our community of genealogists a question.
Sponsored Search by Ancestry.com
DNA Connections
It may be possible to confirm family relationships with Crawford by comparing test results with other carriers of his Y-chromosome or his mother's mitochondrial DNA. However, there are no known yDNA or mtDNA test-takers in his direct paternal or maternal line. It is likely that these autosomal DNA test-takers will share DNA with Crawford: 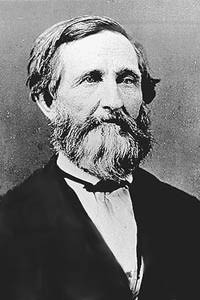 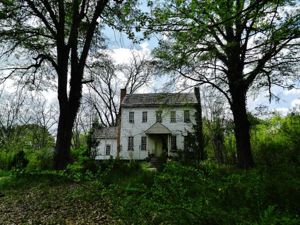 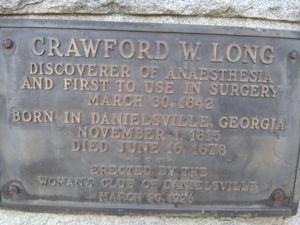 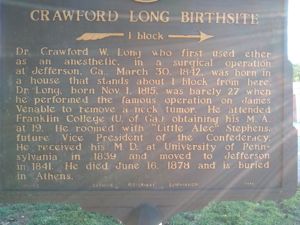 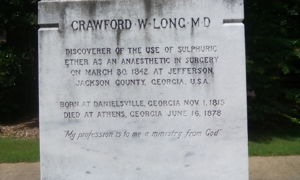 Leave a message for others who see this profile.
There are no comments yet.
Login to post a comment.
Thomas Beals
One child listed here, but the "FindAGrave.com" site lists 11 children. Is that sufficient evidence to enter those names here?
posted Nov 17, 2019 by Thomas Beals

Crawford is 27 degrees from Ludwig Kraayenbrink, 14 degrees from Henry VIII of England and 23 degrees from Ferdinand von Zeppelin on our single family tree. Login to find your connection.