He emigrated in 1633, settling initially at Cambridge, removing to Hartford in 1636. He was a trader. This list of debts owed to his estate showed a wide-ranging trade from Barbados in the south, Massachusetts Bay and England.

He served as Deputy for Hartford to Connecticut General Court many times between 1657 and 1661.[12] He was elected captain of a company of troopers organized in three Connecticut river towns 11 Mar 1657/8.[13]

Richard Lord was one of the largest landholders in Hartford.

COMMENTS: Savage gives Richard Lord a daughter Dorothy, but no evidence for her is seen. His mother was named Dorothy, and he also had a sister by that name.

Images: 3
Hartford in 1640 prepared from the original records by vote of the town and drawn by William S. Porter. Image by The Connecticut Historical Society 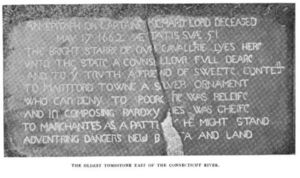 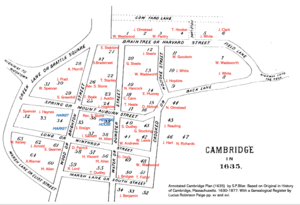 Scott Hutchins
Find a Grave has date of death as 17 May in New London County.
posted Apr 30, 2019 by Scott Hutchins