Mary Olive[1] was born in Tangier, Nova Scotia in 1863. She is still living in Halifax in the 1881 census.[2][3] She lived most of her life in Lowell, Massachusetts, and at 47 Blossom Street in Fitchburg, Mass.

See Edward's page for a more detailed family chronology based on census records.

A newspaper clipping for her 82nd birthday says, "thirty-seven relatives and friends came to congratulate her, including her two brothers, four of her children, and several nieces."

Her obituary says that she died at age 87 at Burbank Hospital in Fitchburg, Massachusetts, after a long illness. She was a member of the Christ Church.

ask our community of genealogists a question.
Sponsored Search by Ancestry.com
DNA Connections
It may be possible to confirm family relationships with May by comparing test results with other carriers of her mitochondrial DNA. However, there are no known mtDNA test-takers in her direct maternal line. It is likely that these autosomal DNA test-takers will share some percentage of DNA with May: 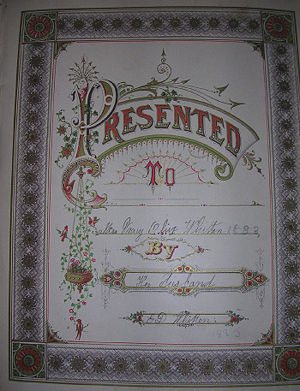