When Jane was about 20 years old, her mother Hannah died and the Lathropp Family left England and sailed on the ship "The Griffin" to America in 1634.

She married April 8, 1635 Samuel Fuller,[2] son of Edward Fuller and Unknown (often called Ann) Unknown, , who came from England on the Mayflower in 1620. In the handwriting of Rev. John Lothrop: "My Sonn Fuller and my Daughter Jane, and Edward Foster and Lettice Handford marrd att Mr. Cudworths by Captaine Standige Aprill 8 ye 4th day of the weeke, 1635"[3] In 1635, James Cudworth was living in Scituate.[4] The marriage is recorded in the Barnstable records,[5] causing some sources to say the marriage occured in Barnstable.[6]

Jane and Samuel settled in Scituate and built their first house in 1636 on 20 acres of land. Even though church records report Samuel in Barnstable in 1641, they didn't become permanent residents of Barnstable until after Jan. 1, 1644.

There is no known record of Jane's death or where she may be buried. She may have died some time between the birth of her last known child in 1658 and the will of her husband, Samuel, dated 29 Oct 1683. Huntington doesn't mention Jane's death but did supply the data to estimate her time and place of death. Jane most likely passed away in Barnstable where both her last child's birth and her husband's death occurred.[1]

Sponsored Search by Ancestry.com
DNA
No known carriers of Jane's DNA have taken a DNA test. 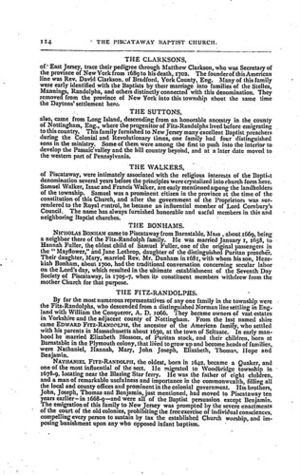 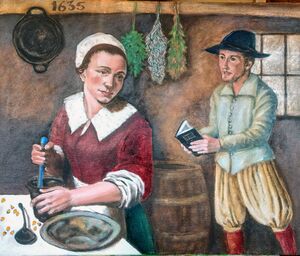 Leave a message for others who see this profile.
There are no comments yet.
Login to post a comment.
Ken Morgan
Looking at her father's profile there is a different location given for Jane and Samuel's marriage location?
posted Dec 07, 2021 by Ken Morgan

Anne B
It was in Scituate, but I can understand why the Anderson sketch said Barnstable. I've clarified it on this profile and removed Barstable marriage location form her father's list of children.
posted Dec 07, 2021 by Anne B

Beryl Meehan
Lathrop-810 and Lothrop-2 appear to represent the same person because: appears to be intended same person
posted Aug 03, 2018 by Beryl Meehan

Beryl Meehan
Lathrop-829 and Lothrop-2 appear to represent the same person because: would appear intended to be same person
posted Aug 03, 2018 by Beryl Meehan

Cynthia (Edgemon) Rushing
Stumbled into this source and thought it might be useful.