Howard Phillips Lovecraft, known as H.P. Lovecraft, wrote science fiction, fantasy, and horror, a genre that during his life was called "weird fiction."

Howard, born 20 August 1890 in Providence, Rhode Island, was the only child of Winfield Scott Lovecraft, a traveling salesman of jewelry and precious metals, and Sarah Susan Phillips.[1][2][3] When he was three years old, his father had a nervous breakdown and spent five years in a hospital before he died; he probably had a psychotic disease caused by syphilis. Lovecraft was raised by his mother, two aunts, and his grandfather, who all lived in the same home.[4]

Although he was registered in the draft for the First World War, his mother actively opposed his enlistment. [5] He was briefly enrolled in the 9th Company of the Rhode Island National Guard, before his mother arranged to have his enlistment annulled.[6]

Lovecraft wrote hundreds of poems and short stories, but they were scattered throughout various pulp magazines and publications. It was only after his death that some of the people he had corresponded with in letters were determined to share his work with the public, so they formed a press called Arkham House specifically as a way to publish Lovecraft's work. They issued "The Outsider and Others" in 1939. Howard's books are still widely available — books like "The Dreams in the Witch House" and "Other Weird Stories" (1932). Fantasy and horror writers like Stephen King and Neil Gaiman consider Lovecraft one of their major influences, and Jorge Luis Borges wrote a story, "There Are More Things," in memory of Lovecraft.

Lovecraft said: "I never ask a man what his business is, for it never interests me. What I ask him about are his thoughts and dreams."

Howard married Sonia Greene on 3 Mar 1924. They were later divorced.[7]

He was a bibliophile: “I couldn't live a week without a private library - indeed, I'd part with all my furniture and squat and sleep on the floor before I'd let go of the 1,500 or so books I possess.” [9]

Is Howard your ancestor? Please don't go away!

ask our community of genealogists a question.
Sponsored Search by Ancestry.com
DNA
No known carriers of Howard's ancestors' DNA have taken a DNA test. 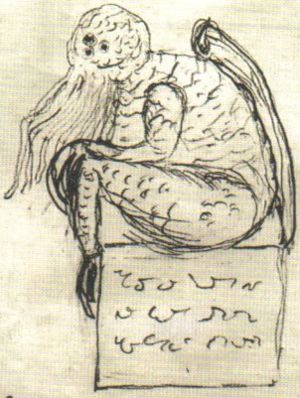 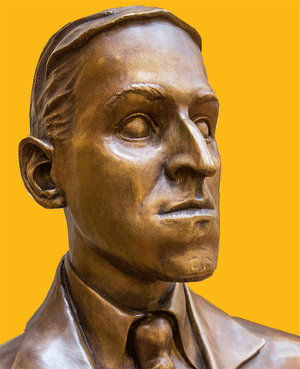